Liz Truss shut down by Beth Rigby over benefits row

Liz Truss is plotting to make an example of some Tory rebels by deselecting them ahead of the general election as a means of reimposing discipline, Express.co.uk has been told by a senior minister. The revelation comes on the final day of the Conservative Party conference where Ms Truss is set to deliver the speech of her political life today to reignite her fledgling Premiership after a torrid week. Allies of Ms Truss are furious at the way discipline broke down over the conference, which was meant to be the event to showcase the new government and its vision. Instead, it has been dominated by the forced U-turn on the plans to scrap the 45p upper rate following a rebellion led by Michael Gove and Grant Shapps, and a second rebellion on whether to bring in welfare cuts.

Even cabinet ministers Penny Mordaunt, Suella Braverman and Simon Clarke have been exchanging blows as the party slipped into all-out civil war yesterday.

Express.co.uk revealed that MPs had a shortlist topped by Defence Secretary Ben Wallace of candidates to be made leader if Ms Truss was forced to resign.

But a senior Government source last night told Express.co.uk that “order will be restored” and there “will be consequences” for the humiliation Ms Truss has suffered this week.

The minister said: “Yes we have talked about removing the whip in Parliament from MPs but it will go further than that.

“We are about to reselect all the Parliamentary seats because of the boundary changes and also because we are two years away from an election.

“[Rebels] will find themselves without a seat for the next election if they continue.”

Earlier in the week chairman Jake Berry openly threatened to withdraw the whip from rebels which means they are kicked out of the Parliamentary party – but that move failed to impose discipline on the party. 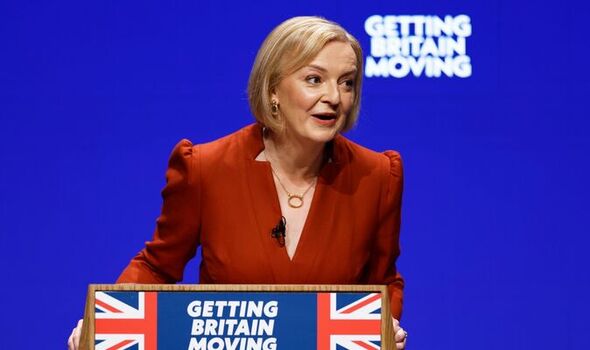 Good morning from London. I’m Tara Fair, I’ll be bringing you all the latest developments on the Tory Party conference. Please feel free to get in touch with me as I work if you have a story or tips to share! Your thoughts are always welcome.