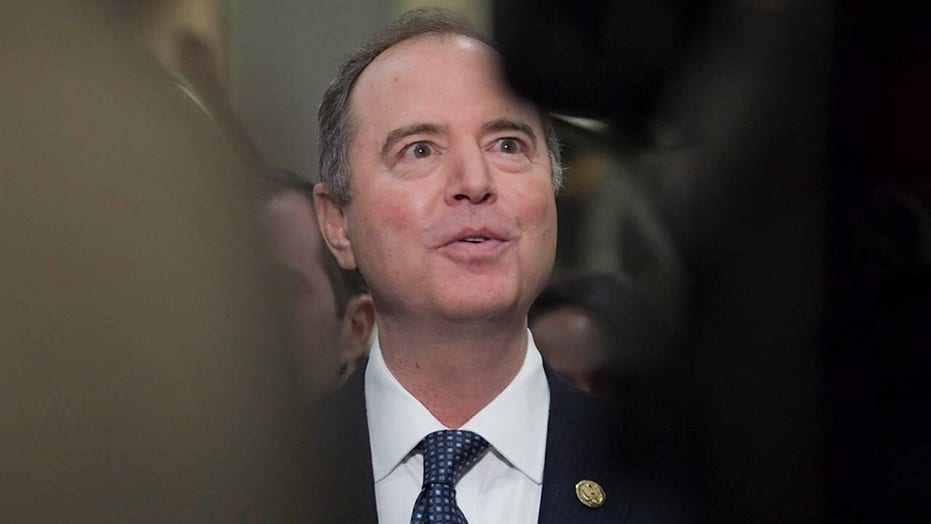 Schiff, chair of the House Permanent Select Committee on Intelligence, had dramatically read some of the most explosive claims from the dossier into the Congressional Record during a March 2017 House Intelligence Committee hearing, including the now-debunked claim that the Trump 2016 presidential campaign colluded with Russia. 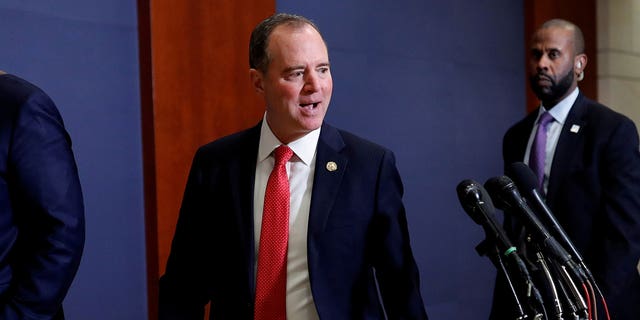 During an appearance on NBC News’ “Meet the Press” on Sunday, Schiff was confronted with some of his past claims hyping the validity of the dossier and was asked by host Chuck Todd whether he regrets “giving some credibility to the Steele dossier before anybody had been able to verify anything in it.”

“I don’t regret saying that we should investigate claims of someone who, frankly, was a well-respected British intelligence officer,” Schiff responded. “And we couldn’t have known, of course, years ago that we would learn years later that someone who is a primary source lied to him.”

“[Igor] Danchenko lied to Christopher Steele and then lied to the FBI,” Schiff said. “He should be prosecuted. He is being prosecuted. And I’ll tell you this, if he’s convicted, he should not be pardoned the way Donald Trump pardoned people who lied to FBI agents, like Roger Stone and Mike Flynn. There ought to be the same standard in terms of prosecuting the liars. But I don’t think there ought to be any pardon, no matter which way the lies cut.” 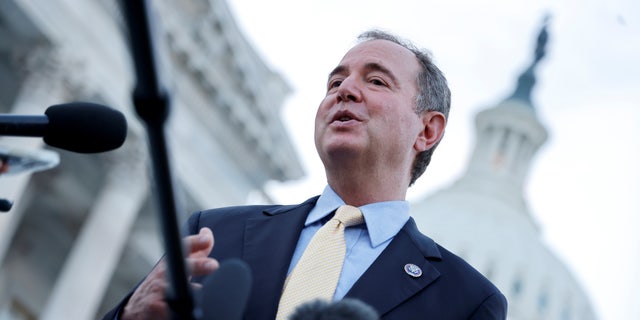 Rep. Adam Schiff speaks with reporters about the situation in Afghanistan in Washington on Aug. 23, 2021.
(REUTERS/Jonathan Ernst)

Schiff made similar comments last week on ABC’s “The View,” saying his team “couldn’t have known” that Danchenko, the Russian analyst believed to have been the dossier’s primary sub-source, had allegedly lied to Steele.

Durham, who was appointed by the Trump administration to investigate the origins of the Russia investigation, charged Danchenko earlier this month with making false statements to the FBI.

The 35-page dossier – controversially published in its raw form in 2017 by BuzzFeed News – alleged that former President Trump colluded with Russia to win the 2016 presidential election over Hillary Clinton and claimed that the Kremlin had blackmail material on the former president, including a tape of prostitutes urinating on him in a Moscow hotel. 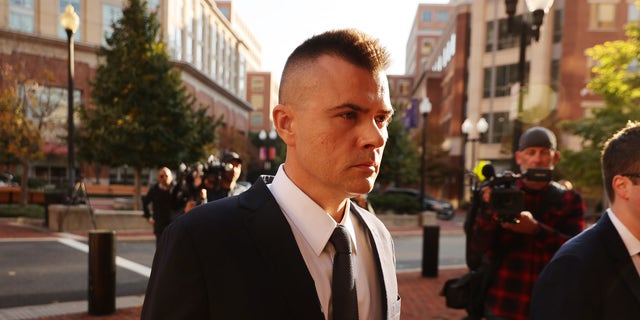 The dossier, which has been thoroughly debunked, including by Special Counsel Robert Mueller’s investigation, served as the basis for Foreign Intelligence Surveillance Act (FISA) warrants against Trump campaign aide Carter Page, and it was originally commissioned by a research firm hired by Hillary Clinton’s campaign lawyer Marc Elias.

Danchenko’s Nov. 3 arrest has prompted fresh criticism of the Democrats, including Schiff, who promoted the dossier as credible in recent years.