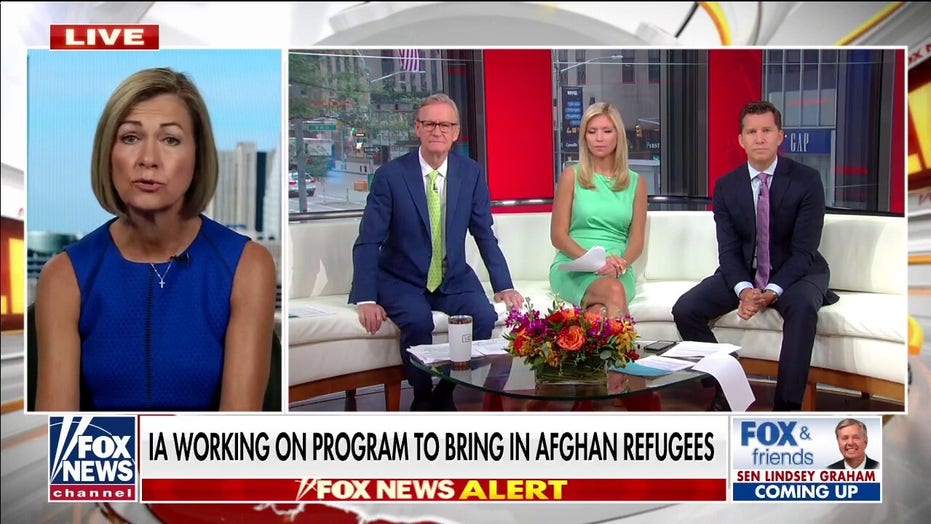 Republicans are torching the White House for claiming President Biden never “shies away” from questions after he hurried back to Camp David without taking questions following his remarks on the botched Afghanistan troop withdrawal.

“The president never shies away from questions,” White House communications director Kate Bedingfield claimed in a Friday MSNBC interview. “I’ll let him make a decision on if he’ll take questions this afternoon.”

“But, you saw he did a full sit-down interview on this just yesterday, so he is always willing to take questions,” Bedingfield continued.

Bedingfield’s claim came as Biden has maintained a remarkably low profile amid the Afghanistan crisis.

Rep. Jody Hice, R-Ga., unloaded on the White House for the claim, asking if the administration was “joking.”

“Biden’s taken fewer questions than any recent president,” Hice tweeted Friday. “By this point in their term, Obama had done 113 interviews and Trump 50.”

“We know President Biden’s been shying away from taking questions, avoiding the press, and focusing on other issues than the pressing situation in Afghanistan,” Rep. Kat Cammack, R-Fla. tweeted. “But VP Harris bears responsibility, too. Where is she?”

“Where is the accountability? The transparency?” Cammack added.

The vice president is on a trip to Vietnam amid the situation in Afghanistant that critics are likening to the 1975 fall of Saigon.