In a moment of sweet revenge, the frontrunner for Theresa May’s job saw the man who had wrecked his Downing Street ambitions three years ago miss out on a place in the final by just two votes.

Tory MPs were relieved that the result spared the party a vicious grudge match between the stars of 2016’s Vote Leave campaign who fell out in the wake of the Brexit vote.

He said he expected former foreign secretary Mr Johnson to win and for the UK to leave the EU by October 31, adding: “What’s not to like?”

Mr Johnson is the runaway favourite to be chosen as leaderm – and the next prime minister – by the Conservative Party’s 160,000 grassroots members.

He won last night’s fifth round of voting among Tory MPs, securing 160 backers out of a possible 313.

Mr Hunt secured the other place in the final run-off round with 77 votes, while Mr Gove was ousted with 75. 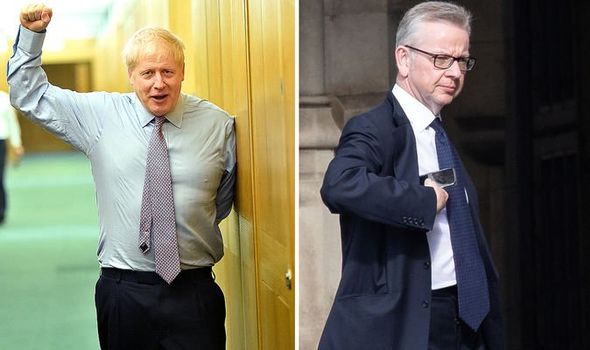 Amid frenetic electioneering yesterday, the Foreign Secretary’s team urged MPs to back their candidate to avoid a poisonous clash between Mr Johnson and Mr Gove that could tear the party apart.

One supporter of Mr Hunt said: “People do not want a return of the Tory psychodrama.”

Many MPs have not forgiven Mr Gove for “knifing Mr Johnson in the back” by pulling out of his leadership team on the eve of his 2016 campaign to launch a rival bid.

Mr Johnson, who was then the foreign secretary, was forced to abandon his campaign as a result.

Yesterday, after officials of the 1922 Committee of Tory backbenchers announced he was being backed by the most MPs, Mr Johnson said: “I’m deeply honoured to have secured more than 50 per cent of the vote in the final ballot.

“I look forward to getting out across the UK and to set out my plan to deliver Brexit, unite our country and create a brighter future for all of us.”

Mr Johnson and the Foreign Secretary will now face a marathon of 16 regional hustings debates for Tory members, with the result of the contest set to be declared towards the end of next month.

MPs gathered in Commons Committee Room 14 for the announcement of yesterday’s results gasped when the numbers were read out by senior Tory MP Dame Cheryl Gillan. In the fourth round ballot held earlier in the day, Mr Gove had overtaken Mr Hunt in the race for second place, with 61 and 59 votes respectively.

Home Secretary Sajid Javid was eliminated in that round after receiving just 34 votes.

The Environment Secretary’s supporters dared to dream that their candidate was gaining a late surge that could carry him into the final run-off after attracting many of Mr Javid’s supporters.

After the result, Mr Hunt said: “I’m the underdog – but in politics surprises happen, as they did today. I do not doubt the responsibility on my shoulders, to show my party how we deliver Brexit and not an election, but also a turbo-charged economy and a country that walks tall in the world.”

After being knocked-out of the contest, Mr Gove said he was “naturally disappointed but so proud of the campaign we ran”.

He added: “Huge thanks to my brilliant campaign team. It’s been an honour to be able to set out a vision for the future of our great country. Many congratulations to Boris and Jeremy.” 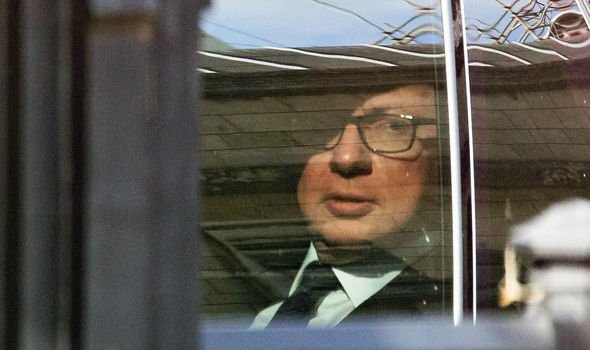 He said: “It doesn’t seem to me on first observation of this that there has been, because we didn’t see a situation where, as some had speculated, a very large number of votes might have transferred from, say, Boris Johnson to Jeremy Hunt.

“It would appear to me that everybody has behaved pretty much as one would hope they would.”

He added: “They have known each other for years. It’s an awkward moment – a real bump in the road – but they are both grown-ups.

“They have more in common than what separates them and they want to work together.”

Work and Pensions Secretary Amber Rudd said the results were “absolutely fantastic” for Mr Hunt and told how he is “the best man to unite the country”.

Former Tory leader Iain Duncan Smith said Boris was the man to “inspire and lead” the UK out of the EU and called on Remainer MPs to “stop bellyaching and moaning”.

He said: “When Boris said it was eminently achievable, he was talking about a trade agreement. He said at the beginning of the programme if we don’t leave on October 31, we will face a cataclysm.”

Mr Johnson is said to be “fizzing with energy” ahead of his forthcoming leadership battle with Mr Hunt. Supporter Conor Burns said: “In the two years I’ve been working really closely with Boris, I’ve never seen him more energised, enthused and focused.

“He has absolutely got the fizz, the energy and the ability to march into No 10 and demonstrate that energy as our prime minister.”

ITV has said it will broadcast the first head-to-head debate between the final two candidates on July 9 with Julie Etchingham as host.

Mr Johnson, who ducked out of an earlier clash with other candidates on Channel Four, said: “Count me in! Really looking forward to a debate of ideas with colleagues.”

More than 20,000 party activists have applied to attend the regional debates. The first will take place in Birmingham tomorrow, hosted by LBC radio broadcaster Iain Dale.

He added: “I’m delighted with the strong interest in our hustings to date, showing the vitality of our party in every region of the UK.

“We are conscious that the Conservatives are not just selecting a new leader, but also the next prime minister and we take that responsibility extremely seriously.” 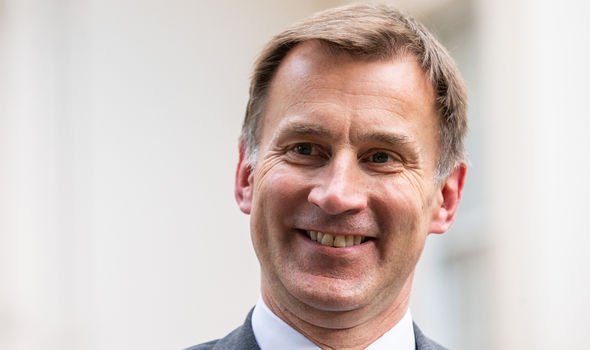 BORIS Johnson’s team were hugely relieved last night after he avoided a potentially explosive run-off against his rival Michael Gove.

They know the Environment Secretary is a formidable campaign strategist and fearless political fighter who would have made a dangerous opponent in the tussle for Tory votes.

Mr Gove has proved he is capable of winning against all odds as he masterminded the Vote Leave campaign ahead of the 2016 EU referendum.

He also bounced back from the cocaine revelations that hampered the launch of his leadership campaign and came agonisingly close to being part of the final ballot.

A titanic clash between the two rivals would have been compelling spectator sport for neutral observers.

It may also have plunged the party into furious infighting that could have left the eventual victor tarnished.

A more statesmanlike debate can be expected with Jeremy Hunt up against Mr Johnson. 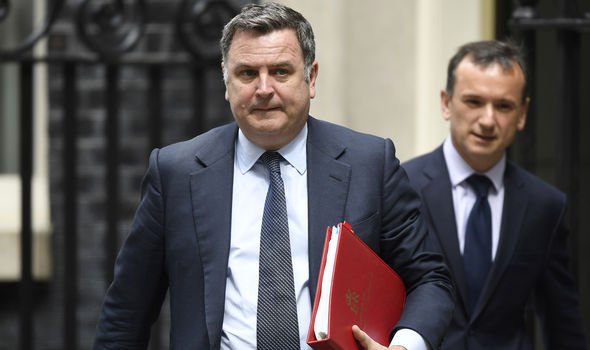 While the Foreign Secretary will fight to try and catch up the frontrunner, the contest will not have the personal edge that Mr Gove might bring.

Many Tories will be pleased the contest has boiled down to a straight fight between senior MPs who were on opposite sides of the 2016 referendum divide.

They believe Mr Johnson represents a significant shift due to his enthusiasm for Brexit and readiness to raise the threat of the country leaving with no-deal.

Mr Johnson starts the final lap of the race way ahead in popularity among the party’s firmly Eurosceptic grassroots.

To have any hope of turning the tide, Mr Hunt will have to harden his Brexit position while attempting to raise doubts about the former foreign secretary’s judgement.

A running joke among Tory MPs is that flamboyant Mr Johnson can sometimes be his own worst enemy and could undermine his own campaign.

Mr Hunt will need his rival to seriously under-perform in the coming week. At the moment though, Mr Johnson appears to be very close to the threshold of No 10.