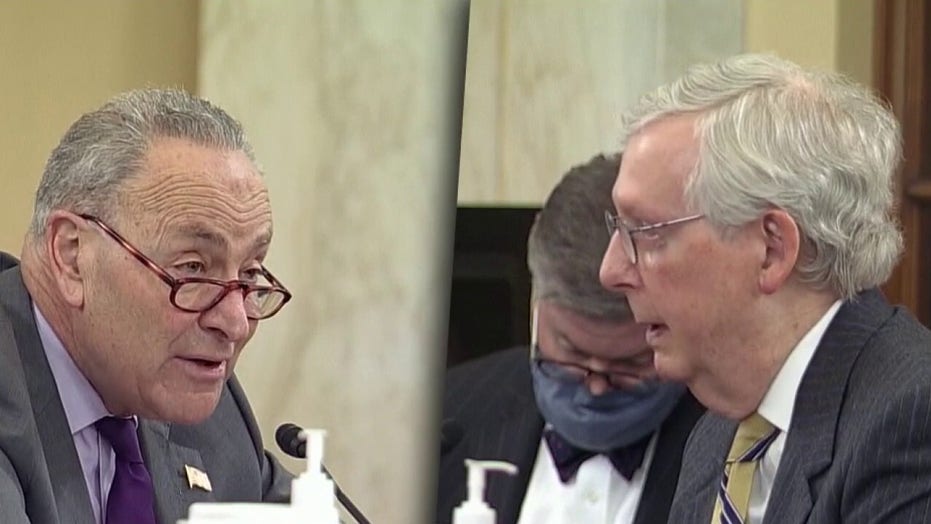 Fox News has learned that the RNC next week will launch an ad blitz backed by six-figures that aims to pressure Senate Democrats to reject the bill, which earlier this month passed the Democratic-controlled House along party lines.

The “For the People Act” ‒ known as H.R.1 in the House and S.1 in the Senate ‒ now faces an uncertain future in the Senate. Democrats, who hold a razor-thin majority in the chamber, say the measure will be a top priority when the Senate session resumes in early April.

“Democrats are attempting an egregious power grab through H.R. 1 that will fundamentally alter our entire election system and dismantle the integrity of the vote, but we will not let them get away with it,” RNC chair Ronna McDaniel told Fox News in a statement.

McDaniel emphasized that “the RNC is using every tool available” to counter what she charged is the “Democrats’ blatant hijacking of our election system that would give unfettered power to unelected D.C. bureaucrats and trample on free speech.  This is the latest initiative in our continued commitment to maintaining confidence in our elections and protecting the vote.” 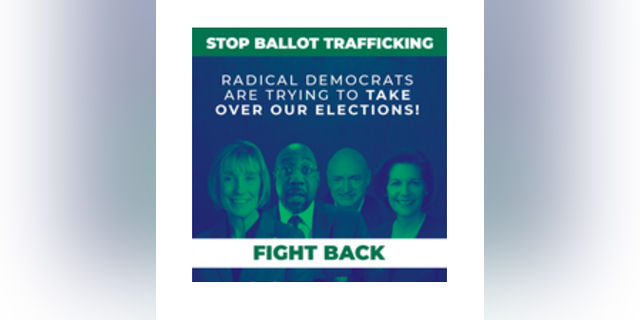 Fox News has learned that the Republican National Committee will target four Senate Democrats up for reelection in 2022 with digital ads that take aim at the congressional Democrats’ massive election reform bill.

The ads will target voters in four key battleground states that are home to Senate Democrats up for reelection in 2022 whom the GOP considers vulnerable. Those lawmakers are Sens. Mark Kelly of Arizona, Raphael Warnock of Georgia, Catherine Cortez Masto of Nevada, and Maggie Hassan of New Hampshire. The RNC’s messaging is aimed at encouraging voters in the four states to put pressure on their Democratic senators through calls urging the politicians to oppose the congressional Democrats’ massive bill.

Among the messages in the digital ads are “Stop Ballot Trafficking – Radical Democrats are trying to take over our elections! Fight back,” “The Democrats want to spend your tax dollars to fund liberal candidates’ elections. We can’t let this happen! Stop them,” and “Stop H.R. 1 – Democrats are trying to use your hard-earned money to elect radical liberals. Take action.”

The RNC says the digital ads will appear on platforms such as Facebook, Google Search, and local and national news sites, and they estimate the blitz may reach millions of targeted voters.

The RNC touts that in addition to the ad blitz, they’ll “be using every tool in its arsenal to inform the American people about Democrats’ self-serving legislation.” The national party committee says that includes “blanketing the airwaves ” by booking local surrogates on radio and television to spread their message, and amplifying “our message and highlight Republican voices on Twitter, Facebook, and Instagram.”

The effort by the RNC is part of a full-court press by Republicans against the congressional Democrats’ massive measure.

The National Republican Senatorial Committee, the reelection arm of the Senate GOP, this week began running spots – backed by what they say is a seven-figure ad buy – in the same four battleground states. While playing plenty of defense in the 2022 midterms – with the GOP defending 20 of the 34 seats up for grabs – the NRSC’s targeting Kelly, Warnock, Cortez Masto and Hassan, as the Republicans try to win back the majority in the chamber.

Also taking aim at the Democrats’ bill is Heritage Action for America, the nonprofit advocacy wing of the influential conservative Heritage Foundation think tank, which recently launched a $10 million push that includes messaging to block what it calls “federal overreach” in the legislation.

Democrats highlight that their bill would “improve access to the ballot box” by creating automatic voter registration across the country and by ensuring that individuals who have completed felony sentences have their full voting rights restored. The bill would also expand early voting and enhance absentee voting by simplifying voting by mail. There was a surge in absentee voting during last year’s primaries and general election due to health concerns of in-person voting at polling stations amid the coronavirus pandemic.

If passed into law, the bill would also enhance federal support for voting system security, increase oversight of election system vendors, upgrade online political ad disclosure and require all organizations involved in political activity to disclose their large donors, create a multiple matching system for small-dollar donations, which would be paid for by a new surcharge on “corporate law breakers and wealthy tax cheats,” tighten rules on super PACs, and beef up the enforcement powers of the Federal Election Commission.

Republicans slam the measure saying it would lead to a federal government takeover of elections and accuse Democrats of trying to change election rules to benefit themselves. But Democrats say the measure is needed to combat the push by GOP lawmakers in some states where Republicans control the governor’s office and the legislature to pass bills that would tighten voting laws, which Democrats characterize as voter suppression. 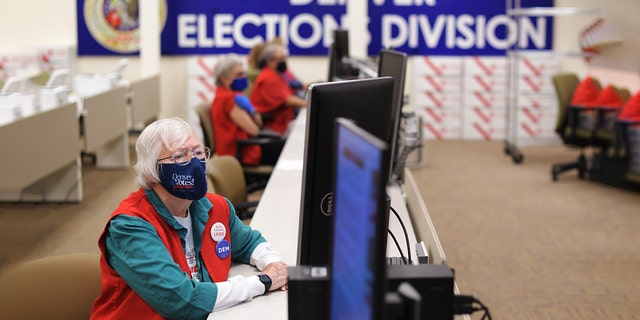 A controversial bill that tightens voting access rules was signed into law last week by Republican Gov. Brian Kemp of Georgia. And earlier this month in Iowa, GOP Gov. Kim Reynolds signed into law a bill that shortens the early voting period from 29 to 20 days – and requires that most absentee ballots be received, rather than just postmarked, by Election Day.

The current push by Republicans state lawmakers to beef up what they call election integrity was ignited by then-President Donald Trump’s repeated claims ahead of last November’s election that the loosening of restrictions on voting by mail would lead to “massive voter fraud” and “rigged” elections.

After his defeat to President Biden, Trump falsely said that the election was “stolen” as he unsuccessfully tried to upend Biden’s victory. Recent polling indicates that election integrity remains a major concern for Republican voters, as Trump’s sway over the GOP remains immense.