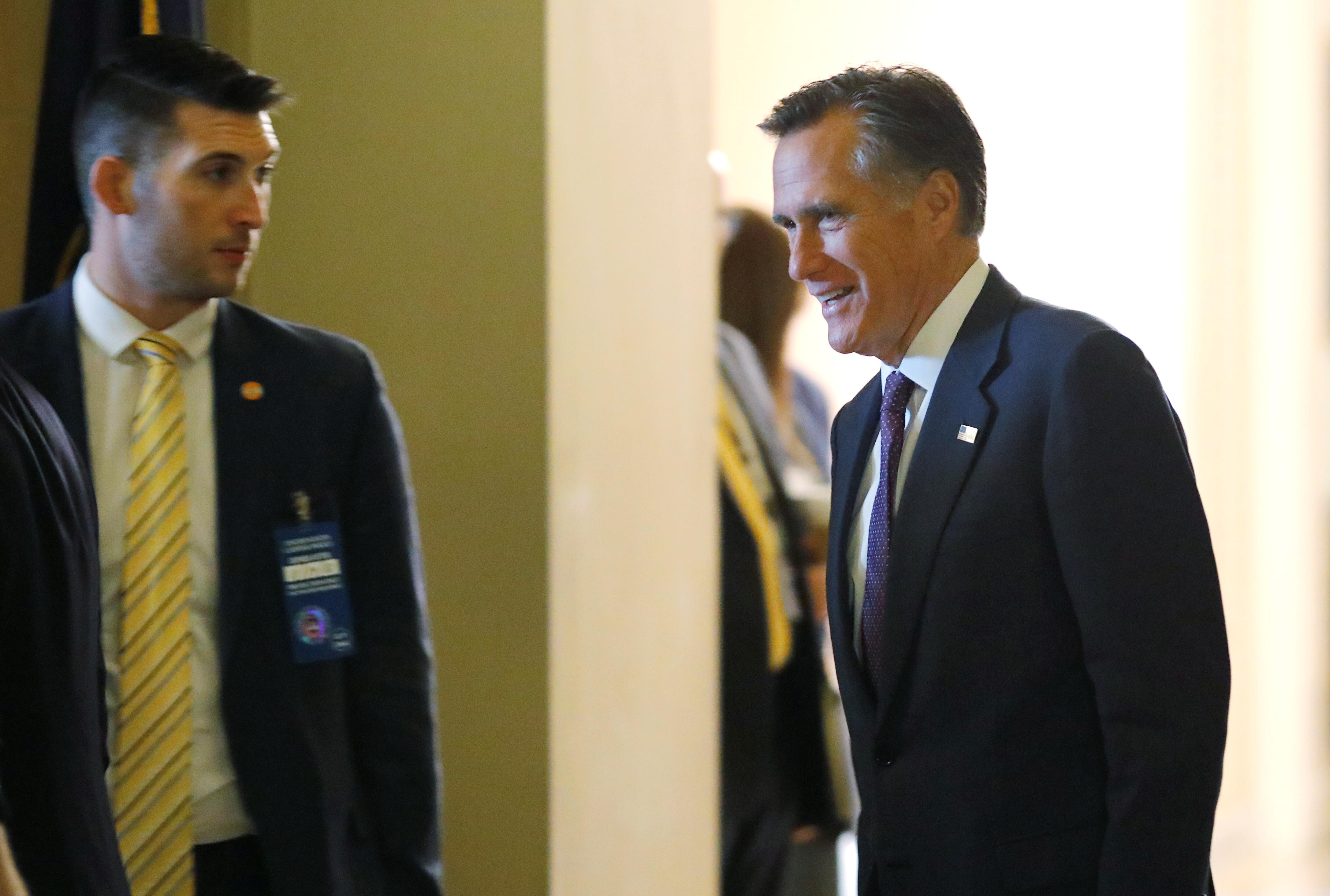 WASHINGTON (Reuters) – Republican U.S. Senator Mitt Romney said on Thursday he would join the group of Republicans voting against President Donald Trump’s national emergency declaration, which was intended to allow Trump to use funds marked for other purposes to build a wall on the southern U.S. border.

“This is a vote for the Constitution and for the balance of powers that is at its core,” Romney said in a statement. “I am seriously concerned that overreach by the executive branch is an invitation to further expansion and abuse by future presidents.”

The House-passed resolution has the support of every Senate Democrat and at least six Senate Republicans, meaning it likely has the votes to clear the chamber. Trump has threatened to veto it and it is unclear whether Congress has enough votes to override the veto.