Fellow American Christine Ross started Meghan’s Mirror when the Duchess of Sussex first began dating Prince Harry in July 2016. In a candid interview with podcast Royally Obsessed, she said she never expected the new mother-of-one to commit to Prince Harry, adding she believed the American was “too good” for that. She said: “‘I honestly though Meghan would never commit to Harry. I kind of thought she was too good for that.”

She then said Meghan, who used to a be a briefcase model on the US version of Deal or No Deal, was now using her royal title “to her advantage”.

Ms Ross said she initially started the blog to focus on the Duchess of Cambridge’s style, but went with a site on Meghan, 37, instead.

She said she was sceptical over the switch because she bevies the “ambitious” actress would not settle down with Harry, 34.

She explained on the podcast: “I honestly thought Meghan would never commit to Harry. I kind of thought she was too good for that. 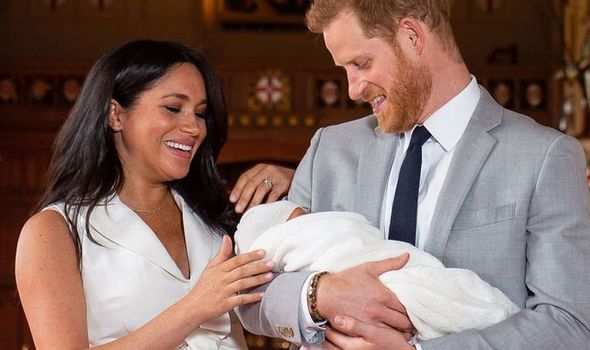 “Not that she was too good for that, but I thought she would sit there and say, ‘I can’t do what I want to do while being a royal’.

“With her personality I thought she would see it as a huge roadblock in her goals, but actually she is really using it to her advantage.”

She added: “But actually she is doing a fantastic job doing exactly that.”

Meghan welcomed the couple’s first child, a son called Archie Harrison, at the beginning of May – nearly one year after she married Harry in a glitzy ceremony in Windsor as millions of royal fans looked on.

Despite Meghan being on maternity leave, she is expected to attend Trooping the Colour this weekend to honour the Queen’s birthday.

The monarch’s official birthday is April 21, which saw her turn 93 in spring, but the annual Trooping the Colour event will see her celebrate with the British public.

The ceremony is performed every June by regiments of the British and Commonwealth armies.

The Buckingham Palace event has been an adorned British tradition since the 17th century. 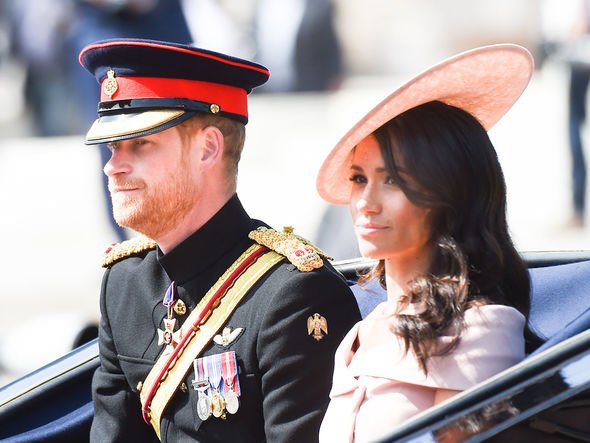 Meghan is expected to attend with Harry, but it is not known if Archie, who is only seven weeks old, will attend.