The former First Minister attacked his successor’s “lack of urgency” after she said a poll may have to be delayed if Scotland’s Covid recovery takes longer than expected. With the Holyrood election campaigning resuming following Prince Philip’s death, Mr Salmond said it “seems to be that Scotland will not ‘be free until after 2023’”. Ms Sturgeon has said she wants another vote to be held in the “first half” of the next parliament, but that her “starting point” is when the country is “out the pandemic”. Speaking to journalists last week, she said: “If by the middle of the parliament, we were still grappling with in a way similar to now a global pandemic then I don’t think it would be appropriate to have a referendum at that point.”

But reopening hostilities in their civil war, Alba Party leader Mr Salmond insisted that separation should be a central plank in the pandemic fight back.

He said: “Nicola Sturgeon’s comments last week about an independence referendum in 2023 or later have caused total consternation in the national movement.

“It seems to be that Scotland will not “be free until after 2023”, more seriously it seems to indicate a lack of urgency on bringing the Independence question to a decision.

“The reality is that Scottish independence is not an alternative to economic recovery from Covid it is an essential part of building a new, different and better society.”

He added: “For Alba independence is the priority which is why we are putting it front and centre in the election campaign.”

Mr Salmond has claimed his intention is to spearhead a movement towards independence and assist the SNP in securing a second referendum. 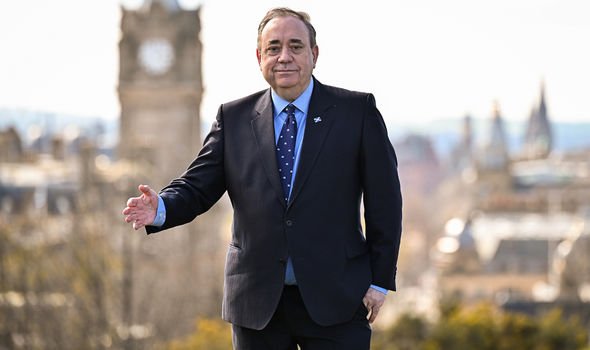 He hopes SNP backers’ will give his breakaway outfit their second list votes on May 6 to create a separtist “supermajority”.

But polls indicate Alba has only attracted three percent support since its launch.

The latest spat between the former friends came as Ms Sturgeon insisted again that the Prime Minister would drop his opposition to another referendum if the SNP wins a majority on May 6.

She told the Guardian: “If people in Scotland vote for a party saying, ‘when the time is right, there should be an independence referendum’, you cannot stand in the way of that-and I don’t think that is what will happen.”

But the Prime Minister’s official spokesman said: “I think that’s what the public wants to see, Scottish people have been clear they want to see the UK Government and devolved administrations working together to defeat this pandemic.” 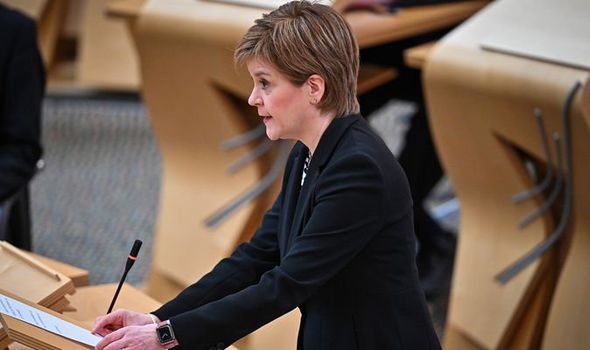 The former First Minister has told his protege not to “pigeonhole” herself by insisting independence can only be won through a referendum.

He demanded negotiations on separation begin on “day one” of the next Holyrood term.

Mr Salmond has also claimed it would be in the “national interest” for Ms Sturgeon to include him in talks and called for court action, a plebiscite or peaceful protests in a push to break up Britain.

But Ms Sturgeon has rubbished his proposals as a “hindrance” to the independence cause and ruled out “any kind arrangement” with Mr Salmond or his breakaway party.

“Scotland deserves better than a nationalist movement that wants to spend the next five years arguing about the timeline for independence.”

An SNP spokesman said Mr Salmond’s latest intervention was “simply not a credible contribution to the independence debate.”

He added: “The only safe way to ensure that Nicola Sturgeon is re-elected to lead an SNP Government which can deliver independence is to give both votes to the SNP.”