PRO Act is most significant ‘change in labor law in nearly 75 years’: Scalia

Sen. Mike Lee, R-Utah, on Monday introduced the Protecting American Jobs Act to strip judicial authority from the National Labor Relations Board and return it to the Article III court system.

The five-member NLRB was initially implemented in the 1930s as an independent federal entity designed to conduct an unbiased process for union monopoly bargaining elections and settle disputes between union leaders and company employees through the National Labor Relations Act.

Critics of the NLRB have expressed concerns that the agency has developed a pro-union agenda under President Biden at the expense of workers who are not involved in unions.

“For far too long, the NLRB has acted as judge, jury and executioner for labor disputes in this country," Lee said in a Monday statement. "The havoc they have wrought by upsetting decades of established labor law has cost countless jobs. This common-sense legislation would finally restore fairness and accountability to our nation’s labor laws."

LABOR UNIONS GET STRONGER UNDER BIDEN WITH PASSAGE OF PRO ACT

"Over the years, the NLRB has transformed into something it was never intended to be: An activist agency for Big Labor," Mix said.

He continued: "The NLRB is not a department of the Executive Branch. It is supposed to be a quasi-judicial, independent agency, and it was given the privilege of making binding, judicial rulings. Unfortunately, given the Board’s repeated failure to remain independent, it’s time for that privilege to be revoked."

The Protecting American Jobs Act comes as Democratic Wison Sen. Tammy Baldwin's 2021 Protecting the Right to Organize (PRO) Act moves to the Senate after the House of Representatives voted on March 9 to pass the pro-union bill. 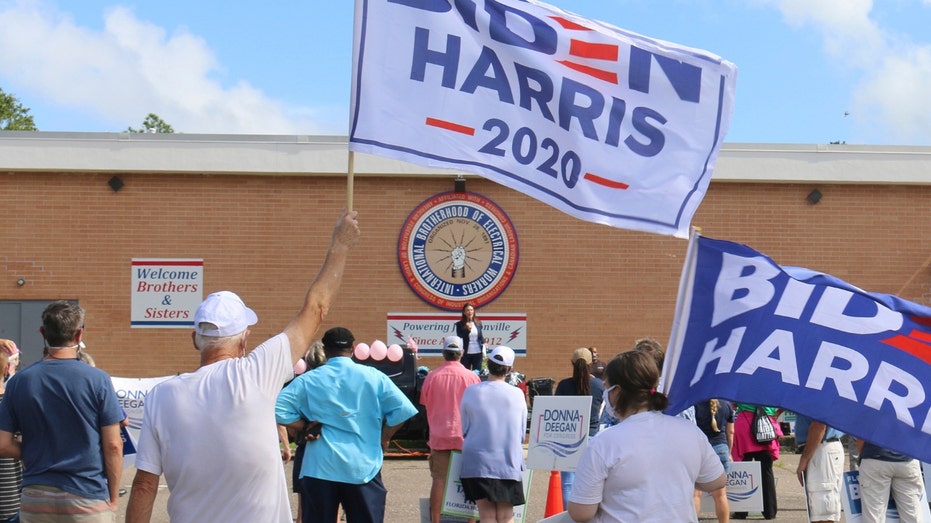 The PRO Act would allow the National Labor Relations Board to fine employers who violate workers' rights, ease restrictions against worker strikes, follow California's new independent contractor law and erode right-to-work laws in 27 states that have been in place since the 1950s.

Supporters of the legislation, including the president, argue that the PRO Act will help workers fight for and earn fairer wages, benefits and overall better treatment from employees amid the COVID-19 pandemic.

"I urge Congress to send the PRO Act to my desk so we can seize the opportunity to build a future that reflects working people’s courage and ambition, and offers not only good jobs with a real choice to join a union — but the dignity, equity, shared prosperity and common purpose the hardworking people who built this country and make it run deserve," Biden said in a March 9 statement.

Unions including the American Federation of Labor and Congress of Industrial Organizations, Service Employees International Union, North America Building Trades Unions, Communication Workers of America and a number of other organizations are championing the PRO Act and urging the Senate to pass the bill.