Senate Democrats indicated Wednesday that they planned to accept Senate Minority Leader Mitch McConnell’s offer for a short-term suspension of the debt ceiling, with some claiming the Kentucky Republican had "caved" following a tense standoff on Capitol Hill.

Democrats spoke out after a closed-door meeting in which they discussed McConnell’s offer to raise the debt ceiling by a "fixed dollar amount" through December. Republicans had blocked efforts to suspend the borrowing limit for weeks, arguing Democrats should address the crisis through the budget reconciliation process.

"Mitch folded and we have until December to do Build Back Better. And we will," Sen. Sheldon Whitehouse, D-R.I., wrote on Twitter. 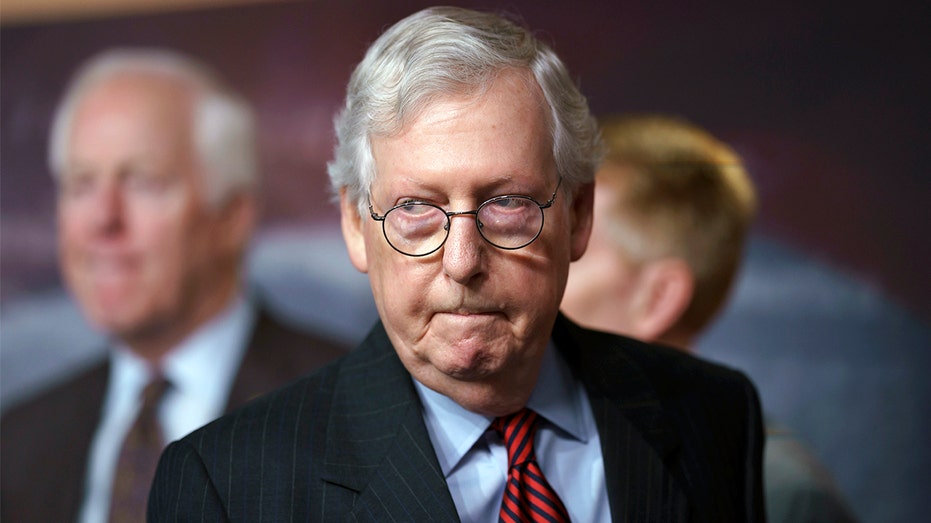 McConnell said Republicans would allow Democratic leaders to "use normal procedures" to pass the emergency debt limit extension. The federal government faces the possibility of a default on its debt obligations by Oct. 18 if an agreement is not reached.

The Kentucky senator said his offer would "moot Democrats’ excuses about the time crunch they created and give the unified Democratic government more than enough time to pass standalone debt limit legislation through reconciliation."

Senate Majority Leader Chuck Schumer, D-N.Y., has yet to formally announce whether the offer will be accepted. Despite McConnell’s insistence, Democrats say they will not use the extended window to pass a longer suspension of the debt limit through budget reconciliation, as Republicans want.