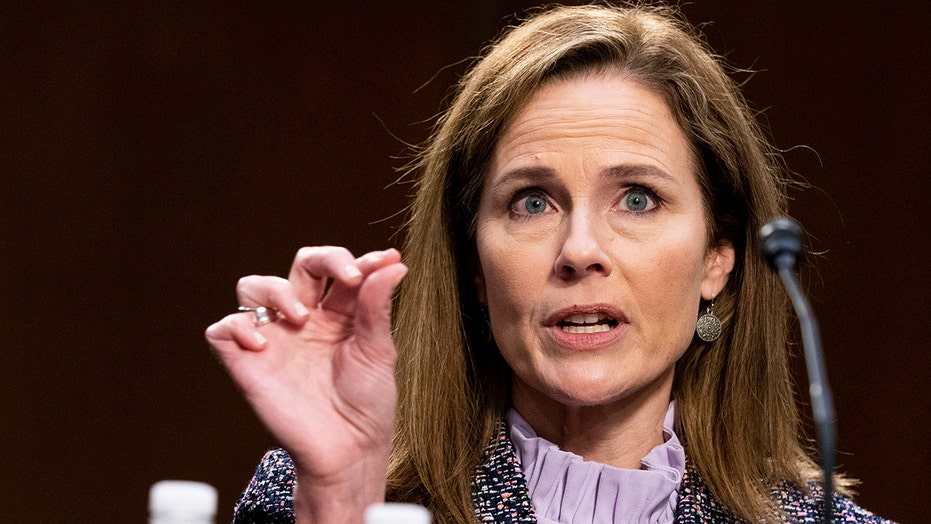 After three days of rigorous questioning before the Senate Judiciary Committee, Supreme Court analysts say it is clear Senate Democrats wanted to make this hearing about the Affordable Care Act (ACA), and that Supreme Court nominee Amy Coney Barrett is objectively qualified for the role.

“Any fair-minded observer would have to agree that Judge Barrett is highly qualified and many Democrats and progressives have said as much,” said Gregg Nunziata, former chief nominations counsel to the Senate Judiciary Committee. “Based on her career, her intellect, and her writings she'd be at the top of the shortlist for any Republican president faced with filling any vacancy.”

Experts from the American Bar Association (ABA) and other outside witnesses will speak to Barrett’s qualifications for the Supreme Court on Thursday for the final day of hearings. But Senate Democrats are expected to continue voicing their frustrations with the process.

Although qualified, Nunziata acknowledged that Barrett has different jurisprudential instincts than the late Justice Ruth Bader Ginsburg, which would mean a shift in the court. This shift, Democrats fear, could put the Affordable Care Act in jeopardy, Nunziata said.

“Senate Democrats clearly wanted to make this hearing about the Affordable Care Act, not because that will derail the nomination, but because it may resonate in the fall election,” Nunziata said. “Judge Barrett effectively separated her past positions with respect to earlier litigation concerning the Affordable Care Act from the very different case that is before the Court later this year.”

Democratic Strategist Scott Bolden agreed that while she is qualified, Barrett answered questions surrounding the ACA in a non-committal manner.

“[She’s] not willing to even own her prior criticism of Chief Judge Roberts’ prior vote on the tax question, or share her personal opinion on the ACA,” Bolden said. “Her personal opinions may not and should not matter, but they do. Her opinions are a personal pathway to her legal conclusions in the Court.”

However, Constitutional Law Attorney Andrew Cherkasky pointed out that the ACA creates a very interesting legal question centered around whether it is Constitutional to tax someone for failing to obtain private insurance, rather than it being a purely political issue.

“This is not a political question,” Cherkasky said. “Now, there is a question that since the mandate, the potentially unconstitutional aspect of the law, has been essentially removed, can the law still stand given the manner in which the law has been severed. ACB’s position has very little to do with the ability of Congress and the President to institute Government-run health care, and much more a question of how they go about doing it and ensuring they are not violating very specific rights with regard to taxation.”

Other Supreme Court experts say the very premise of the questions Democrats were asking Barrett is wrong.

BARRETT TELLS DEMOCRATIC SENATOR: 'I HOPE YOU AREN'T SUGGESTING I DON'T HAVE MY OWN MIND'

“Even assuming, which is not safe to do, that the current court is split 4-4 on the question, with Chief Justice Roberts joining the other justices who have previously voted to uphold portion of the ACA, a divided court would uphold the decision below,” said Mark Chenoweth, Supreme Court and Constitutional law expert and former chief of staff to Mike Pompeo.

“So, despite what Senators are saying, Judge Barrett’s addition does not necessarily alter the court’s balance on this issue. As to her responses, she gave about as much insight as she could without talking about a pending case in a way that would force her to recuse. Her stress on the severability issue being key to the case seems accurate.”

Bolden also echoed frustrations of Democrats throughout the country that the Senate should wait until after the election to confirm a new justice, and said this is a “sham process being rammed through to save the GOP on the presidential election, kill the ACA in the highest court and reverse Roe vs. Wade.”

Democrats are expected to delay the vote on Barrett another week with their power under the committee rules. Senator Lindsey Graham, chairman of the Judiciary Committee and Republican of South Carolina, confirmed this Wednesday, saying the committee would “hold over” its vote on Barrett until Oct. 22.