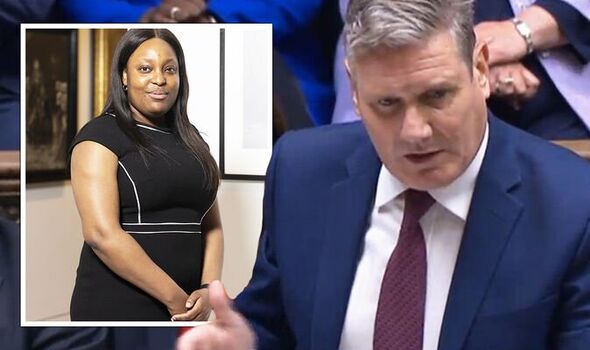 With timing that is set to be awkward for Sir Keir, Taiwo Owatemi said she was quitting the frontbencher to “focus on my work” as a constituency MP.

She said it has been a “privilege” to serve in the role but that the number of constituents contacting her for help had “risen dramatically” due to the cost of living crisis.

Her resignation came just 90 minutes after Labour was mocked in the House of Commons for having never elected a female leader.

Theresa May jeered Labour’s record on promoting females in public office as she congratulated Liz Truss on being made Prime Minister.

Speaking at PMQs, Ms May asked the new resident at No10 why all three female prime ministers had been Conservative.

She told the Commons: “May I congratulate her and welcome her to her position as the third female prime minister.

“Can I ask her why does she think it is that all three female prime ministers have been Conservative?”

The Prime Minister replied: “It is quite extraordinary isn’t it, that there doesn’t seem to be the ability in the Labour party to find a female leader or indeed a leader who doesn’t come from north London.”