WASHINGTON – A  coalition of real estate groups asked the Supreme Court on Thursday to block the federal government from enforcing an eviction moratorium put in place last year in response to the coronavirus pandemic.

The emergency appeal comes a day after a three-judge panel in Washington allowed the moratorium to continue while President Joe Biden’s administration fights the case in federal court. A district court judge had blocked the Centers for Disease Control and Prevention action in early May, finding the government exceeded its power.

As coronavirus took hold in the United States last year and millions of Americans lost their jobs, Congress approved a ban on landlords evicting tenants as part of its economic response. That congressionally-approved ban on evictions expired in July and President Donald Trump’s CDC imposed its own moratorium in September.

Biden extended the freeze in March despite objections from landlords, real estate agents and others who said it was causing them financial hardship and infringing on their property rights. The Alabama Association of Realtors sued to stop the eviction ban.

The current moratorium is scheduled to expire June 30. Dozens of states imposed their own eviction bans during the pandemic.

The federal moratorium “shifted the pandemic’s financial burdens from the nation’s 30 to 40 million renters to its 10 to 11 million landlords – most of whom, like applicants, are individuals and small businesses – resulting in over $13 billion in unpaid rent per month,” the group told the Supreme Court in its filing Thursday.

“Congress never gave the CDC the staggering amount of power it now claims,” it said. 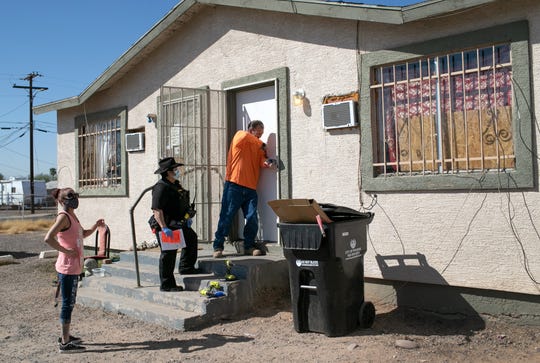 Neither the Justice Department nor the Centers for Disease Control and Prevention immediately responded to a request for comment.

In allowing the moratorium to continue while the case works its way through the courts, a three-judge appeals panel acknowledged Wednesday that a president had never before attempted such an action under federal law.

“But no public health crisis even approaching the scale and gravity of this one has occurred since the Public Health Service Act was passed in 1944,” the U.S. Court of Appeals for the D.C. Circuit said.