Throwing up procedural roadblocks and symbolic fences, comforting as they might be to MAGA Republicans desperate to stop the world from ever changing, is no way to build a resilient political party.

That’s the harsh reality GOP strategists are grappling with as they tally the millions of potential new voters — many have spent decades trapped between promises of “pathways to citizenship” and fears of deportation — projected to finally have their say at the ballot box in the coming years.

Whether it’s the 2.2 million newly naturalized citizens that one advocacy group projects should be eligible to vote in the 2022 midterm elections, or the more than 11 million undocumented immigrants whose chance at legal status hinges on an immigration reform deal that’s eluded congressional leaders for years, the boom in minority voices is coming.

And that’s scaring the hell out of some conservatives.

GOP strategist Luis Alvarado told Insider he’s spoken with like-minded Republican operatives about the upcoming elections and said the party does have some options when dealing with demographic shifts.

“One is, you try to influence them to vote for your cause or candidate. Or two, as we’re watching, you can suppress their votes,” he said, citing the rash of GOP-backed election reform bills cropping up at the state and local levels as evidence of the latter.

Others insist that sticking it to Democrats has nothing to do with suppression, retribution, or pandering to the most xenophobic corners of former President Donald Trump’s base.

Republican Sen. Lindsey Graham of South Carolina, who has co-sponsored a bill with Democratic Sen. Dick Durbin of Illinois offering permanent legal residency and prospective citizenship to undocumented immigrants who’ve grown up stateside, said in an interview that nobody — white, brown, or otherwise — is “a big fan of what’s happening at the border.”

“The Hispanic community I’ve dealt with since 2006 very much wants to get people out of the shadows who’ve been here for generations,” Graham, a staunch Trump ally, told Insider. “I’ve found very little support in the Hispanic community for a continued process of illegal immigration.”

Observers said one thing is clear: How Republicans respond to certain immigration proposals and what’s happening at the border will define their relationship with these newly eligible immigrant voters for the foreseeable future. 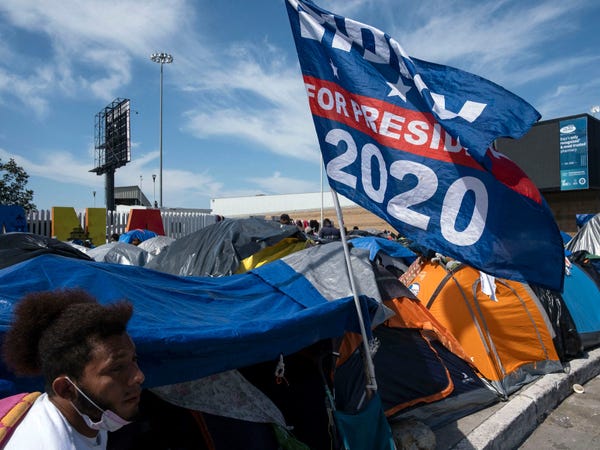 GOP leaders pounced on the opportunity to bash the Biden administration about what’s going on at the border after government officials announced that more than 100,000 migrants were apprehended or turned themselves in at the southwest border in February.

The majority of those migrants were immediately turned away at the border due to a public health order that was implemented under the Trump administration last March. But that didn’t stop Republican lawmakers from declaring that the high border arrest levels in February were a direct result of the Biden administration’s policies. The new Democratic president has signed a flurry of executive orders that halted funding for the construction of Trump’s border wall and rescinded Trump-era efforts at the southwest border.

However, the latest border figures mark the tenth consecutive month of increased apprehensions that underscore how the increase started long before Biden took office. At one point in 2019, while Trump was still president, border apprehension levels surpassed 144,000.

Some Republicans have credited Trump-era policies like the Remain in Mexico program that forced more than 68,000 asylum seekers to wait south of the US border while their cases were being processed. They stated that it helped drive down the numbers of monthly border apprehensions.

But Democratic lawmakers counter that the Trump administration’s policies only made matters worse and left the new White House cleaning up the mess that its predecessor created.

Lead or get out of the way

Rep. Maria Salazar of Florida is one of nine Republicans who crossed party lines last week to support a House-passed bill that would grant as many as 2.5 million undocumented immigrants legal status and allow certain immigrants to apply for US citizenship.

In an interview, Salazar urged everyone to quit bickering and come up with viable solutions.

Read more: US House passes the American Dream and Promise Act, which could put more than 2 million ‘Dreamers’ on path to citizenship

“If we seal up the border, we can take care of those who are already here,” the freshman lawmaker from Miami told Insider.

The proposal would also provide legal protection for DACA recipients, known as Dreamers, and provide a 10-year path to legal status for certain undocumented immigrants.

Her motivation: Showing senior House Republicans that her party needs to start thinking about how to woo these new immigrant voters instead of trying to alienate them.

“They know that I’m a brown girl from the hood. And they’re following my lead,” Salazar told Insider of the intraparty deliberations to date.

Banishing immigrant youths that grew up here — something GOP hardliners in the Stephen Miller/MAGA camp support — would be unthinkable.

“The system needs them. We give them dignity,” Salazar said of her proposal.

“They’re lying to my community,” she said of the languishing bill.

Newly naturalized citizens are becoming one of the fastest-growing voter blocs in the US.

There were projected to be more than 23 million immigrants that would be eligible to vote in the 2020 presidential and general elections, according to a February 2020 report by the Pew Research Center.

However, the report was published before the pandemic hit and forced US Citizenship and Immigration Services, the Department of Homeland Security agency responsible for processing immigration benefits, to close many of its field offices, significantly delaying processing these applications.

Now that the agency has opened its offices and in-person services, it will have to process more than 942,000 naturalization applications that were already pending as of last September and process new applications.

Experts anticipate even more immigrants will be naturalized before the midterm elections after Biden signed an executive order in February to review and eliminate any barriers that would slow down the naturalization process.

Doug Rand, co-founder of Boundless Immigration, a technology company that helps immigrants obtain immigration benefits, told Insider that there will be nearly 2.2 million naturalized citizens eligible to vote in the upcoming elections.

Rand said it’s still unclear what states many of these newly naturalized citizens will reside in and what countries they were born in.

USCIS does not have any information available at this time about the demographic makeup of the immigrants who were naturalized in fiscal 2020. However, in fiscal 2019, the biggest groups of naturalized citizens were born in Mexico, India, and China. 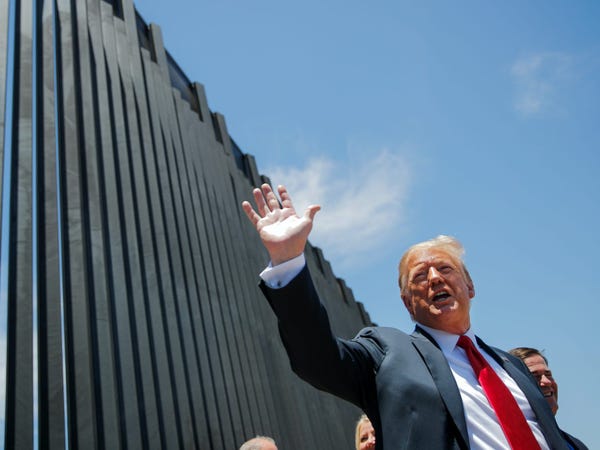 Rand said the number of naturalized citizens that will be able to vote in the upcoming election could vastly sway the election results. But it’s still unclear which party will come out ahead from this voter group.

“There is this misconception that any particular immigrant voting bloc is a lock for either party,” Rand said. “We saw that a lot of immigrant communities voted in a way that was more Republican-leaning in 2020 than most people anticipated.”

With this fast-growing voter group, Republicans will have to be careful whether to embrace or distance themselves from the GOP’s new talking points.

Alvarado, the GOP strategist, told Insider that every lawmaker running for re-election is making a political calculation whether they want to embrace or distance themselves from these new GOP immigration messaging points.

“I think that Trump magnetism still hovers and pulls some of those that feel that the GOP electorate is still energized and will punish those that veer off the Trump message,” he said. “And then there are those that are absolutely indifferent to any criticism by the Trump MAGA world.”

The Capitol Hill crowd has done its best not to let the latest border crisis go to waste.

Alabama Republican Rep. Barry Moore blasted Vice President Kamala Harris on Twitter for joking around during a recent visit to Florida when asked if she’d be visiting the border in the near future.

“Under the Trump admin: outrage. Under the Biden admin: laughter,” Moore fumed online.

Texas Republican Sen. Ted Cruz borrowed a page from Trump’s playbook — the dog-eared one emblazoned with “many people are saying” — to take shots at a voting rights bill (H.R. 1) he claims would allow “millions of illegal immigrants to be registered to vote, and no doubt to cast votes.”

Some wonder why Republicans can’t see this is actually a prison of their own making.

“In some ways, the Trump administration almost set a trap for itself because they deliberately slowed down nationalization using the COVID pandemic as a fairly disguised excuse,” Rand said. Unlocking a trove of appreciative supporters, Rand estimated, depends on whether Biden can prod his own administration to “actually process citizenship applications at a reasonable rate.”