The U.S. military strikes a Qaeda affiliate in Somalia for the second time in a week. 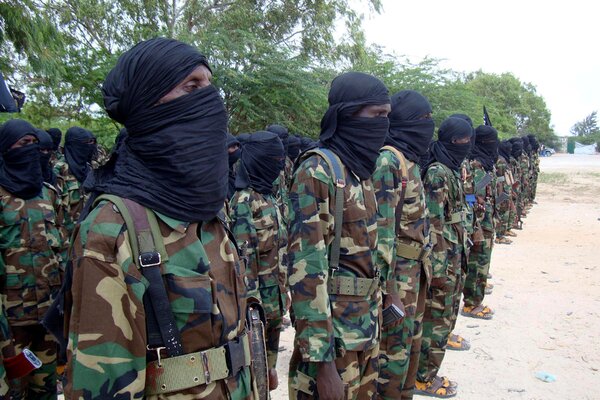 WASHINGTON — The U.S. military conducted a drone strike against Shabab fighters in Somalia on Friday, the second attack in a week since the Biden administration paused such military action against the Qaeda affiliate in East Africa when it took office six months ago.

The targeted Shabab fighters were attacking Somali forces in the Galmudug area in northern Somalia, in the vicinity of Qeycad, said Cindi King, a Pentagon spokeswoman. The attack struck Shabab fighters and equipment during a military operation by the Danab, an elite American-trained Somali commando force, and other Somali government soldiers, according to a statement from the Somali government.

As it did after the drone strike on Tuesday near Galkayo, slightly north of the latest attack, the Pentagon said its Africa Command authorized the airstrike to defend allied Somali forces who had come under attack as American military trainers advised them remotely.

“U.S. forces are authorized to conduct strikes in support of combatant commander-designated partner forces under the 2001 A.U.M.F.,” said Mrs. King, referring to the authorization of military force passed by Congress after the Sept. 11, 2001, attacks.

The Biden administration placed new limits on drone strikes outside active war zones when it took office on Jan. 20, to give it time to develop a permanent policy. The Trump administration set broad rules for strikes in particular countries and delegated authority to commanders in the field about when to carry them out, but proposals for strikes are now generally routed through the White House.

Before Tuesday’s attack, the White House had rejected a handful of requests by the military’s Africa Command to carry out drone strikes against Shabab targets in Somalia because they did not meet the new standards.

Citing operational security, Mrs. King declined to provide additional details about Friday’s strike, including why the Africa Command had twice suddenly come to the aid of Somali allies under fire after a six-month hiatus.

The recent end to the country’s rainy season has allowed U.S.-backed Somali forces to go on the offensive against Shabab fighters in parts of the country, said military officials, who acknowledged that American advisers had intervened from afar when their charges took fire and casualties.

Under orders from President Donald J. Trump, most of the 700 American troops based in Somalia to advise and assist Somali military and counterterrorism forces were withdrawn in the waning weeks of his administration, and sent to nearby Kenya and Djibouti.

A bipartisan group of senators criticized the Biden administration’s rationale for the airstrike earlier this week. “It’s time to do away with questionable legal justifications claimed by one administration after the next for acts of war like this,” Senators Christopher S. Murphy, Democrat of Connecticut, Mike Lee, Republican of Utah, and Bernie Sanders, independent of Vermont, said in a statement.

The senators unveiled legislation on Tuesday that would significantly curtail presidential war-making powers, a long-shot effort that nonetheless reflected a growing interest among lawmakers to reassert congressional prerogatives on matters of war and peace.