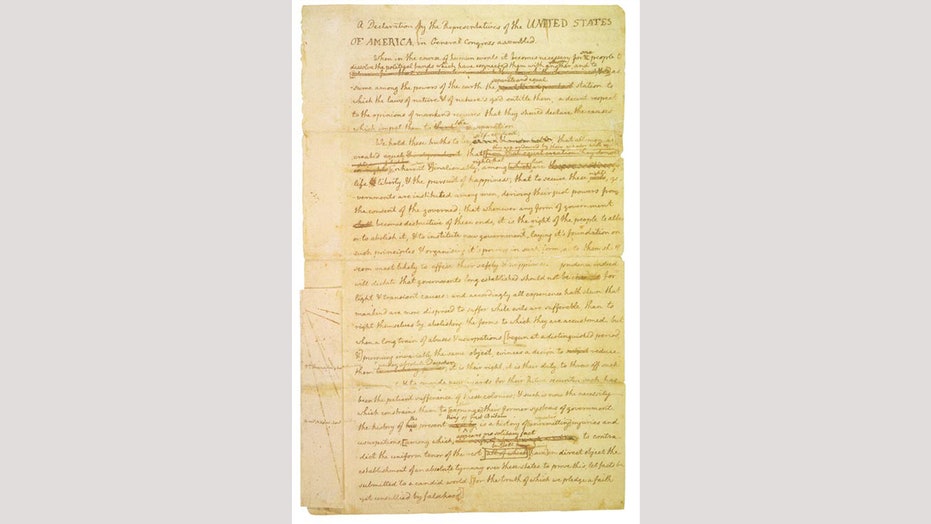 Thomas Jefferson's "original Rough draught," or rough draft, of the Declaration of Independence, written in June 1776, includes dozens of edits from historical figures, including John Adams and Benjamin Franklin. The Library of Congress has made high-resolution microfilm scans of the document available online.

PENTAGON ANNOUNCES FOURTH OF JULY PLANS DESPITE CONCERNS OVER THE CORONAVIRUS 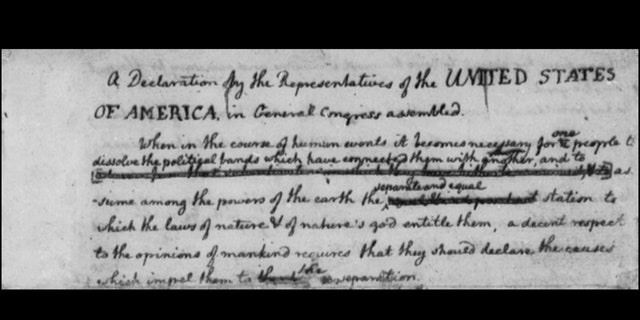 Congress appointed a committee to draft the declaration on June 11, 1776. It included Jefferson, Franklin and Adams along with Roger Sherman and Robert Livingston. Jefferson had previously drafted the Virginia Constitution in May of that year, and historians say that earlier writing influenced the Declaration of Independence. 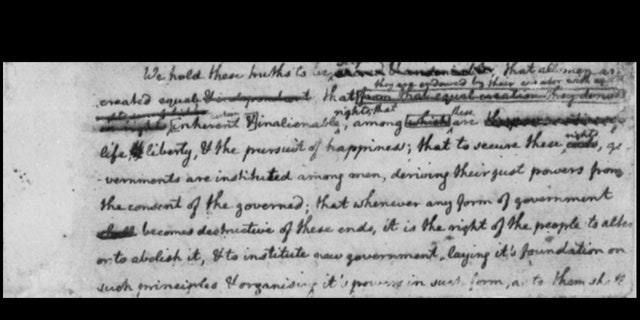 See the high-resolution microfilm scans of the document by clicking here. 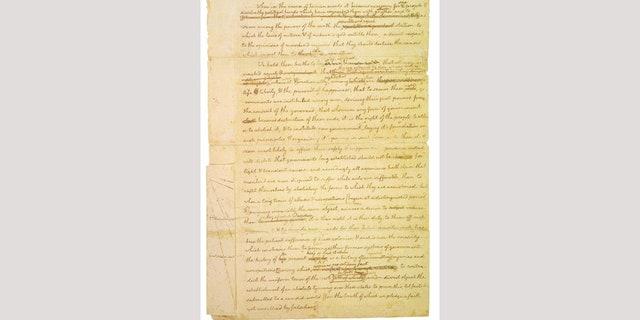 Jefferson, the committee and Congress itself made many revisions before releasing the document — some of which reportedly displeased Jefferson. For example, an entire paragraph blaming Britain's King George III for the American slave trade was omitted from the final version, according to the Library of Congress. 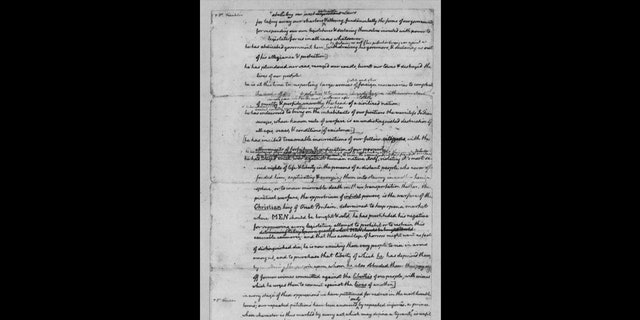 The Declaration of Independence was submitted to the Continental Congress on June 28, 1776, approved on July 2 and declared on July 4, which is now celebrated as Independence Day. 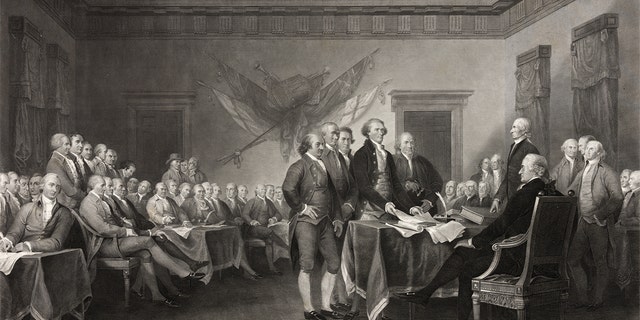 This vintage image features the Signing of the Declaration of Independence.