German football fans watching in their home country were “devastated” at the loss against rivals England as many avid supporters were forced into German pubs and beer gardens to watch the game rather than travelling to the UK to watch live. Reporters on the ground say many were expecting an easy win and fans were shocked at the surprise loss against England with one supporting stating they always win against England. Thunderstorms and rain began to fall in the final minutes of the game in a display of pathetic fallacy with German fans shocked at the defeat.

BBC reporter Jenny Hill was on the ground at a Berlin beer hall where German fans were noticeably quiet and sullen following their defeat.

Ms Hill told BBC News: “They are completely devastated and actually this is a bang on cue, a thunderstorm has just rolled into the sky above my head here.

“People were gathered [in this beer garden] to watch that terrible defeat.

“They are really upset and I think what makes it even harder for them is that very few people here expected to lose. 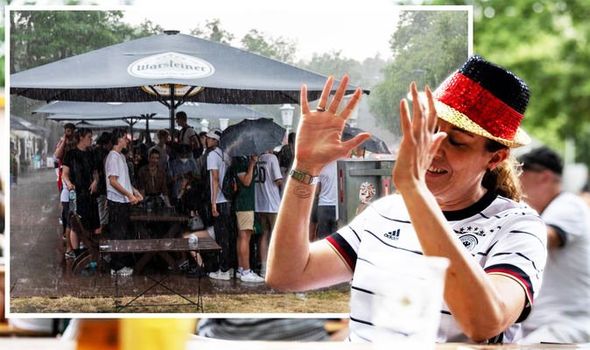 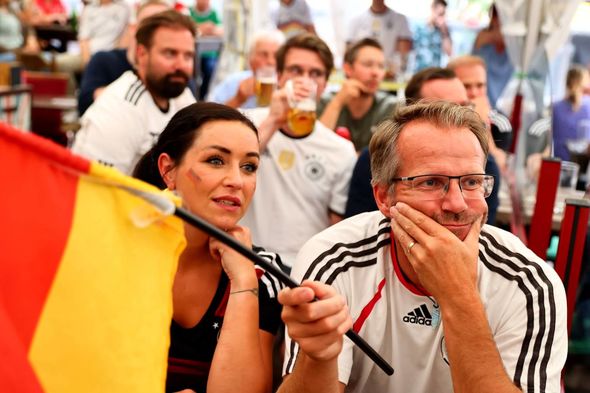 “Earlier this afternoon, as the fans were gathering, they were saying to me we’re pretty confident that Germany will win.

“And we think we’re gonna win actually quite strongly, then watching as the match went on clutching their beer glasses.

“First in hope and then frustration and then of course ultimately despair.

“In the words of one young woman here, we thought Germany was going to win because Germany always does win against England. 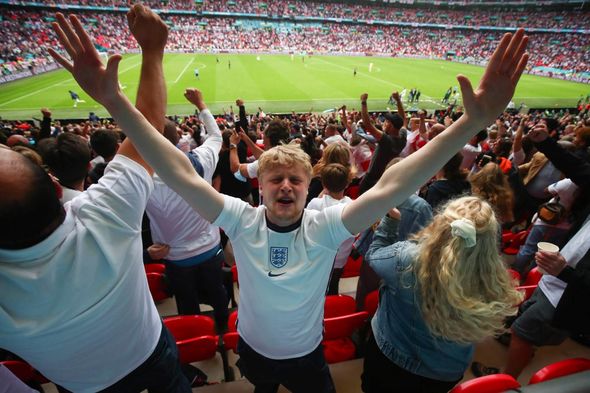 “So a great shock for a lot of people here tonight and I suppose it was coupled too with the fact this viewing was held in rather different circumstances. “

Ms Hill then said the pandemic has denied many German fans from travelling to the UK to watch the game live.

German authorities have also stopped public screenings of the match to prevent large crowds from gathering.

She said: “The authorities here are so concerned about the spread of the Delta variant that there were none of the usual vast ban zones or mass public viewing areas set out in towns and cities as you’d normally get for a match of this magnitude.

“Instead small venues and beer gardens like this were restricted to 1000 people.

“Street pavements, bars, they’ve all been showing the match across Berlin and indeed the whole country.”