Traditional TV and radio cannot be allowed to die 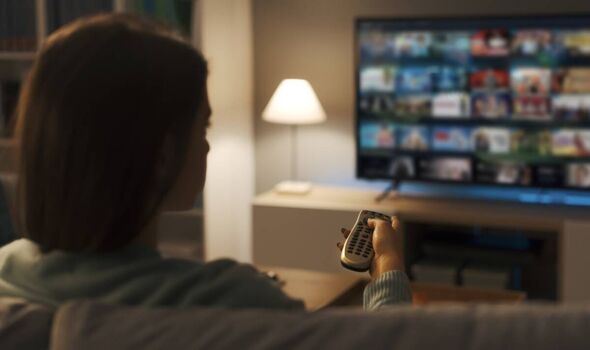 We are calling on Rishi Sunak to safeguard old fashioned viewing and listening as an essential service for pensioners, rural communities and vulnerable groups. There are widespread fears that online streamers like Netflix, Amazon Prime, NOW and Disney+ could eventually force out terrestrial TV.

Our “Keep Us Tuned In” crusade is one we know you support because 83 percent of people aged over 65 see traditional TV as important to their daily lives.

Almost half say it is “essential”.

On current government plans, there is only certainty of provision for TV and radio through an aerial until the mid-2030s.

We, along with the Broadcast 2040+ coalition – which includes over-60s campaign group Silver Voices – are demanding ministers take action to ensure it is safeguarded until at least the 2040s.

The battle to save traditional broadcast and radio beyond 2040 has ramped up further with Silver Voices launching a petition calling on the Government to take action.

More than 7,500 people have already signed the petition on the official parliamentary website calling for traditionals services to be protected.

Once it hits 10,000 signatures ministers are obliged to publish a formal response.

In the petition, Silver Voices states that millions rely on broadcast TV and radio to keep in touch with society, and warns that unless the Government takes action to protect these services, older people and other vulnerable groups at risk of loneliness and depression risk being excluded from public information and entertainment.

Dennis Reed, Director of the campaign group, argues that internet-based services are less reliable and much more costly, with poorer households already cancelling streaming services because of the cost-of-living crisis.

Unless the Government takes such action ahead of the World Radiocommunication Conference in November 2023 the spectrum of frequency allocated to Digital Terrestrial TV (Freeview) may be lost and the services disbanded.

Mr Reed said: “Our petition is increasing awareness about the real threats to the future of terrestrial TV and aerial radio. If the Government’s ambivalence towards Freeview continues, the muscle and financial power of the internet giants will squeeze it out of existence.

“Millions of older people and poorer households depend on Freeview TV to keep in touch with the outside world and often as their only form of entertainment.

“If superfast broadband is the only way to get access to TV in future, millions will be excluded on cost grounds alone. The Government must give firm political guarantees to the British public that keeping Freeview TV and aerial radio beyond 2040 is a priority.

“If you care about preserving the critical national asset now and for future generations, please sign this important petition today.”

A recent poll conducted by Strand Partners, on behalf of broadcast infrastructure company Arqiva, underscored the significance of traditional TV and radio services to older people across the country, many of whom are struggling to cope with the cost-of-living crisis and rising bills.

The survey found that more than eight in 10 (83 percent) people aged over 65 see traditional TV as important to their daily lives, with around half (44 percent) saying these services are essential to them.

Around eight in 10 (81 percent) said that DTT provides them with an affordable form of entertainment.

Less than a third (32 percent) of those who watch traditional TV say they’re interested in paying for streaming or on-demand services in the future – with seven in 10 (70 percent) saying they can’t afford it.

After the isolation of the Covid-19 pandemic, seven in 10 (72 percent) said that broadcast TV and radio helped them feel connected to friends and family through shared topics of conversation.

Some 77 percent said that these services keep them informed about what’s happening in the UK.

Conservative MP for Darlington, Peter Gibson, said: “It is not just older people who rely on traditional TV and radio services. It is an integral part of our public lives.”

Mr Gibson highlighted the plight of thousands of his constituents who were left without TV and radio services when the Bilsdale transmitter caught fire and collapsed in August 2021.

“Having access to services like Freeview and local radio channels is an absolute lifeline for many people and it causes me great concern we are going to accelerate the turn-off. People won’t realise the impact of its loss until it’s gone. It should be phased out over a longer period that is better for everyone.”

“It is going to hit people in rural areas particularly hard as they tend to be older and are reliant on having access to services and broadband connection is very, very poor.

“We would encourage everyone to sign the Silver Voices petition.”

A spokesperson for the Department for Culture, Media and Sport said: “A DCMS spokesperson said: “Terrestrial TV and radio are hugely important and will continue to be for years to come. We’re committed to ensuring UK audiences can access these platforms in the long term.”

Ofcom, the regulator, is currently determining what the UK’s negotiating position will be at this year’s World Radio Communication Conference (WRC23), where countries will decide whether the spectrum of radio frequencies currently used for TV broadcasting should instead be allocated to other technologies.

Decisions at previous WRCs have already led to a reduction in the spectrum allocated to digital terrestrial TV, which has meant more services are now squeezed into fewer frequency bands.

If the UK is to preserve its broadcast services, it will need to fight for them in negotiation with other countries at the WRC23, including those within the EU who are expected to vote as one bloc.

To have the technical capacity to deliver these services later down the line, the Government must commit to protect them now and ensure that there is no change in the spectrum allocated to television broadcasting.

According to the latest Ofcom figures, younger adults now watch almost seven times less scheduled TV than those aged 65 and over.

People aged 16-24 spend less than an hour (53 minutes) in front of broadcast TV in an average day – a fall of two-thirds in the last ten years.

In contrast, those aged 65 and over still spend around a third of their waking day enjoying broadcast TV, sitting down for almost six hours (5 hours and 50 minutes) daily. This is actually slightly higher than a decade ago.