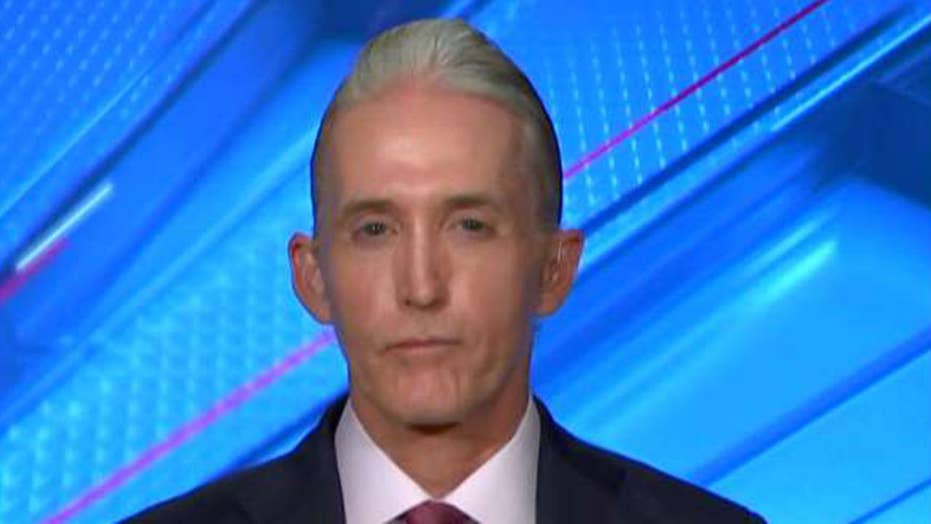 "I would be willing to bet you, unless it's a nontraditional nominee on the Democrat side, they are not coming back to South Carolina after they win the nomination. They don't have a chance in 2020," Gowdy said Tuesday on Fox News' "The Story with Martha MacCallum."

STIREWALT: SANDERS AND WARREN IN A 'LUNATIC DERBY'

"The only way Democrats can win is if the Republican Party is fractured — and that is how we lost our last statewide race," said Gowdy, 54, a Republican who served in the House from January 2011 until January of this year after deciding not to seek re-election.

Buttigieg, the mayor of South Bend, Ind., told an NBC affiliate in Columbia, S.C., this weekend that South Carolina is in play for the 2020 general election.

"I think that every state is on the table and there is no reason to believe that it is written in stone that South Carolina must vote Republican all the time," Buttigieg said.

Gowdy said he was happy that both Democrats and Republicans were campaigning in the state but was confident Republicans had the state locked up.

"It's not in play and I'm happy they're here," Gowdy said.

He added that he didn't believe the Democratic field would catch the party frontrunner, former Vice President Joe Biden, in the Democratic primary elections.

"He's a familiar face, and he's been to the state a lot," Gowdy said, "whereas the mayor and some of the others, this may be their first visit. I don't see anybody catching Joe Biden."