Georgia State Sen. Burt Jones on Tuesday is announcing his run for lieutenant governor of the state, setting the Trump-supported local official up for a GOP primary battle with another state senator who’s been attacked by the former president.

“Georgians deserve a proven business leader, consistent conservative, and champion for Georgia families with the courage stand up and make our state a better place, and I’m running for Lieutenant Governor to do just that,” Jones said in a statement first obtained by Fox News. “As the first elected official in Georgia to endorse President Trump, I will also proudly keep fighting for his America First Agenda.”

Jones will join a race that currently features state Sen. Butch Miller, the Senate president pro tempore, who announced his campaign in May. Current Lt. Gov. Geoff Duncan, a Republican, announced earlier this year that he will not seek another term and will instead lead a group called GOP 2.0 meant to chart the party’s path forward after Trump. 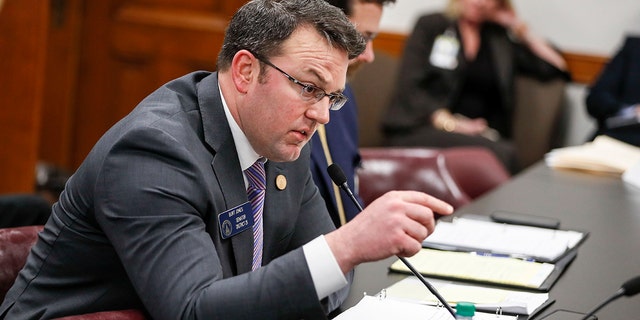 Jones, who is the founder of a Georgia insurance and risk-management company, was widely expected to run but made it official with his announcement Tuesday.

“I’ll fight for the future of every Georgian by creating high-quality jobs and cutting taxes, reining in the cost of higher education and investing in more educational opportunities for our children, strengthening election integrity and restoring voter confidence, and standing with our men and women of law enforcement to keep our communities safe,” Jones also said.

Jones highlighted his longtime support for Trump in an announcement video. The former president last month issued a statement praising Jones for supporting false claims of widespread election fraud. Jones was one of a handful of state senators in Georgia stripped of a committee post over his talk of election fraud. Republican Secretary of State Brad Raffensperger meanwhile maintains that “Georgia’s elections were safe and secure.”

Jones currently represents the state’s 25th district and was a captain of the University of Georgia football team in the early 2000s.