Donald Trump has mocked Joe Biden for being relegated to the 14th row behind the Polish President at the state funeral of the late Queen Elizabeth II on Monday. His attack on the social media platform Truth Social comes as exclusive polling has revealed that Americans are concerned with the direction of their country under the Biden administration.

The former President, who lost to Biden in 2020, took to social media to claim that the lowly seat at the funeral was a reflection of how far America has fallen in the last two years since the Democrat administration entered the White House.

He said: “This is what’s happened to America in just two short years. No respect! However, a good time for our President to get to know the leaders of certain Third World countries. If I were president, they wouldn’t have sat me back there—and our Country would be much different than it is right now!”

Later he added: “In Real Estate, like in Politics and in Life, LOCATION IS EVERYTHING!!!” 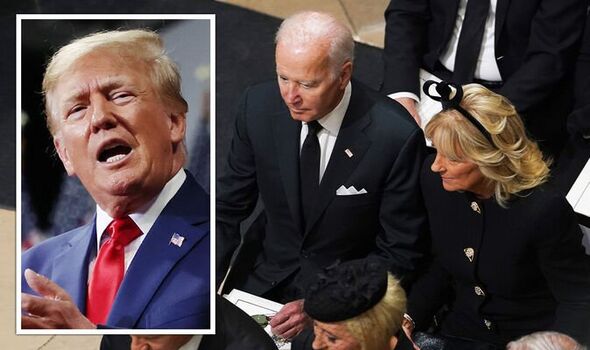 Mr Trump is believed to be preparing a comeback run for the White House with a formal bid to be announced after the midterm elections in November.

This week he had a rally in the key swing state of Ohio, part of the rust belt which decides the outcome of US elections.

Mr Biden had an awkward time at the late Queen’s funeral arriving late because his motorcade got stuck in traffic on the way to Westminster Abbey.

He and other world leaders then had to wait for the Queen’s body to complete its journey back to Wellington Arch before being allowed to leave the medieval cathedral. 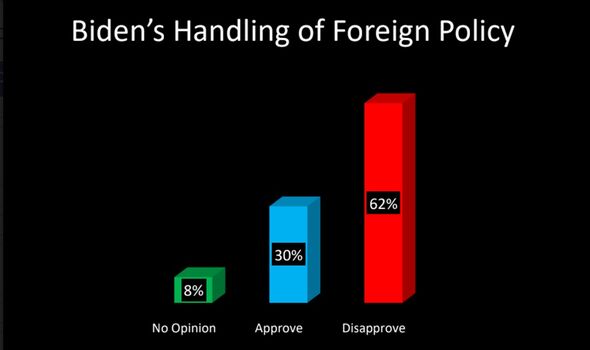 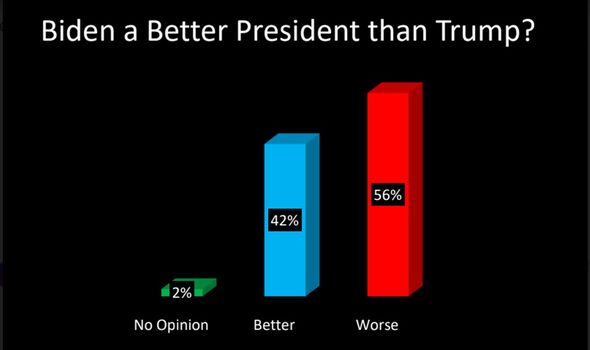 However, polling by the Democracy Institute for Express.co.uk has revealed that Americans are concerned about Biden and his impact on the US’s image.

According to the survey of 1,500 “likely voters”, 71 percent believe the US is “heading in the wrong direction.”

When asked how they rate Biden’s presidency against Trump’s, 56 percent preferred Trump’s time in the White House and only 42 percent Biden.

Almost half (42 percent) characterised the Biden administration as a “clown car” compared to 10 percent a Ferrari.

Meanwhile, 39 percent would like Trump at their barbecue but 16 percent Biden. 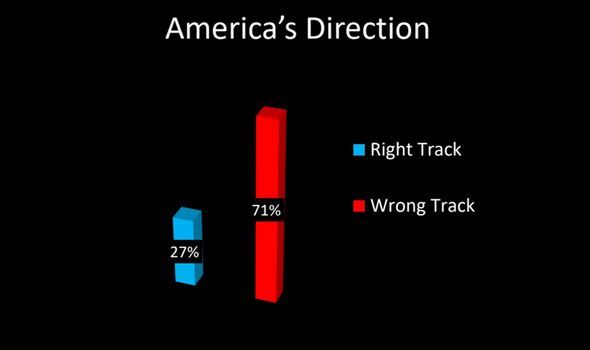