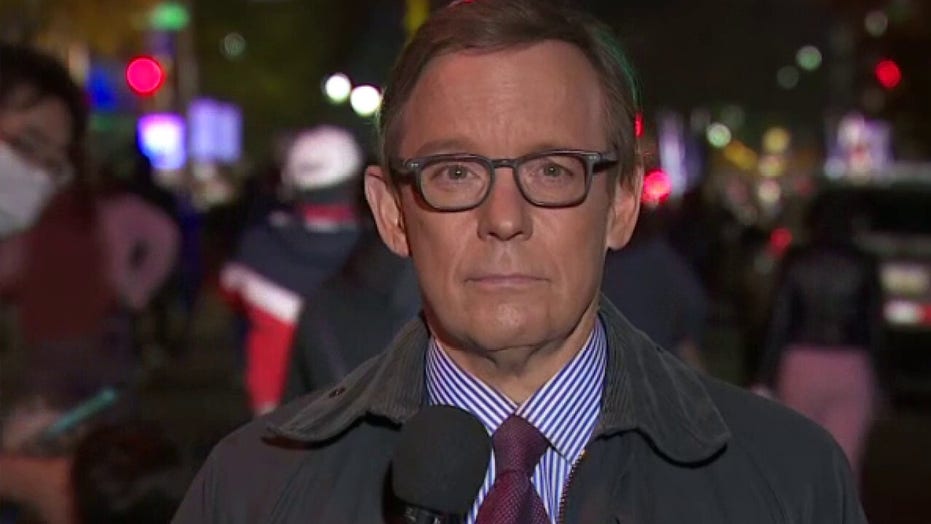 Eric Shawn: From the Philadelphia vote counting room…to the courtroom

Schmidt, a Republican, is one of three city commissioners responsible for overseeing Philadelphia’s elections. The Trump campaign has made unsubstantiated claims that voter fraud took place in Pennsylvania, where the Fox News Decision Desk and other media outlets have projected a victory for President-elect Joe Biden.

“A guy named Al Schmidt, a Philadelphia Commissioner and so-called Republican (RINO), is being used big time by the Fake News Media to explain how honest things were with respect to the Election in Philadelphia,” Trump wrote on Twitter. “He refuses to look at a mountain of corruption & dishonesty. We win!”

The Trump campaign sued this week in a bid to block Pennsylvania officials from certifying the state’s election results. Trump surrogates have accused Philadelphia officials of preventing Republican poll watchers from observing the vote count. The campaign is also attempting to block mail-in ballots received after Election Day from being tabulated.

Local officials, including Schmidt, Pennsylvania Secretary of State Kathy Boockvar and Attorney General Josh Shapiro, say the claims of election fraud are baseless. To date, the Trump campaign has presented little evidence to back up its claims in several states.

Trump has yet to concede the race and has vowed to pursue legal challenges through their conclusion. Senate Majority Leader Mitch McConnell, R-Ky., and Sen. Lindsey Graham, R-S.C., are among Republicans who have spoken out in support of the president's right to call for investigations and pursue recounts.

The president criticized Schmidt shortly after an interview on CNN in which he again denied that allegations of fraud were legitimate.

During an appearance on “60 Minutes” last Sunday, Schmidt said that he and members of his office have received death threats in recent days.

"From the inside looking out, it feels all very deranged," Schmidt said. "At the end of the day, we are counting eligible votes cast by voters. The controversy surrounding it is something I don't understand. It's people making accusations that we wouldn't count those votes, or people are adding fraudulent votes, or just coming up with all sorts of crazy stuff."

'If we don't act now, the future will be very bleak': Biden urges Congress to act as prospects rise for a bipartisan stimulus deal
Industies News