In a video statement on Wednesday afternoon, President Donald Trump said "we have to have peace" but offered his sympathy rather than condemnation for the rioters that stormed the Capitol building that day to interrupt the certification of President-elect Joe Biden's election win.

In a brief video message more than an hour after the chaos broke out at the Capitol, Trump expressed sympathy for the large mob that breached the Capitol during a joint session of Congress.

Trump, 74, told them that "we love you" and "you're very special," and he again repeated the inflammatory claims of a stolen election that have spurred much of the chaos.

"I know your pain. I know you’re hurt," Trump began the video.

He went on to lie that "we had an election that was stolen from us. It was a landslide election, and everyone knows it, especially the other side."

The gathering of Trump supporters began earlier Wednesday and eventually moved to the Capitol building. The president had addressed protesters near the White House before encouraging them to go to Congress and voice their anger "peacefully and patriotically."

"We have come to demand that Congress do the right thing and only count the electors who have been lawfully slated, lawfully slated. I know that everyone here will soon be marching over to the Capitol building," Trump said at the protest earlier Wednesday.

A large gathering then went on to breach Capitol security, forcing lawmakers into hiding while the joint session of Congress to ratify Biden's election win was temporarily suspended.

The riot included reports of gunshots, and House Minority Leader Kevin McCarthy (who had supported Trump's baseless challenges to the Electoral College vote) said that people were "being hurt." At least one person was shot and injured.

There were numerous photos and videos of looting and vandalism as the rioters moved throughout the Capitol, including congressional chambers and lawmaker offices.

Trump reacted to the violence and confusion via social media, initially tweeting to "remain peaceful" before releasing his video statement in which he sounded alternately angered at his loss and sympathetic to the insurrectionary behavior he had inspired.

In contrast to Trump's tone, Vice President Mike Pence tweeted that "this attack on our Capitol will not be tolerated and those involved will be prosecuted to the fullest extent of the law."

"It’s a very tough period of time. There’s never been a time like this where such a thing happened where they could take it away from all of us, from me from you from our country. This was a fraudulent election," Trump said in his message, despite no evidence of election fraud.

"But we can’t play into the hands of these people. We have to have peace," he said. "So go home. We love you. You’re very special. You’ve seen what happens. You see the way others are treated that are so bad and so evil. I know how you feel. But go home and go home and peace."

President-elect Biden gave a speech on Wednesday from Wilmington, Delaware, where he is preparing his transition, calling for an end to the violence and urging Trump to "step up."

"Let me be very clear, the scenes at the Capitol do not reflect the true America," the president-elect said. "What we’re seeing is a small number of extremists dedicated to lawlessness. This is not dissent, it’s chaos.”

Biden told Trump to "go on national television now to fulfill his oath and defend the Constitution and demand an end to this siege," saying, "It must end now."

Both Republican and Democratic lawmakers denounced Trump and his supporters throughout the day on Wednesday. 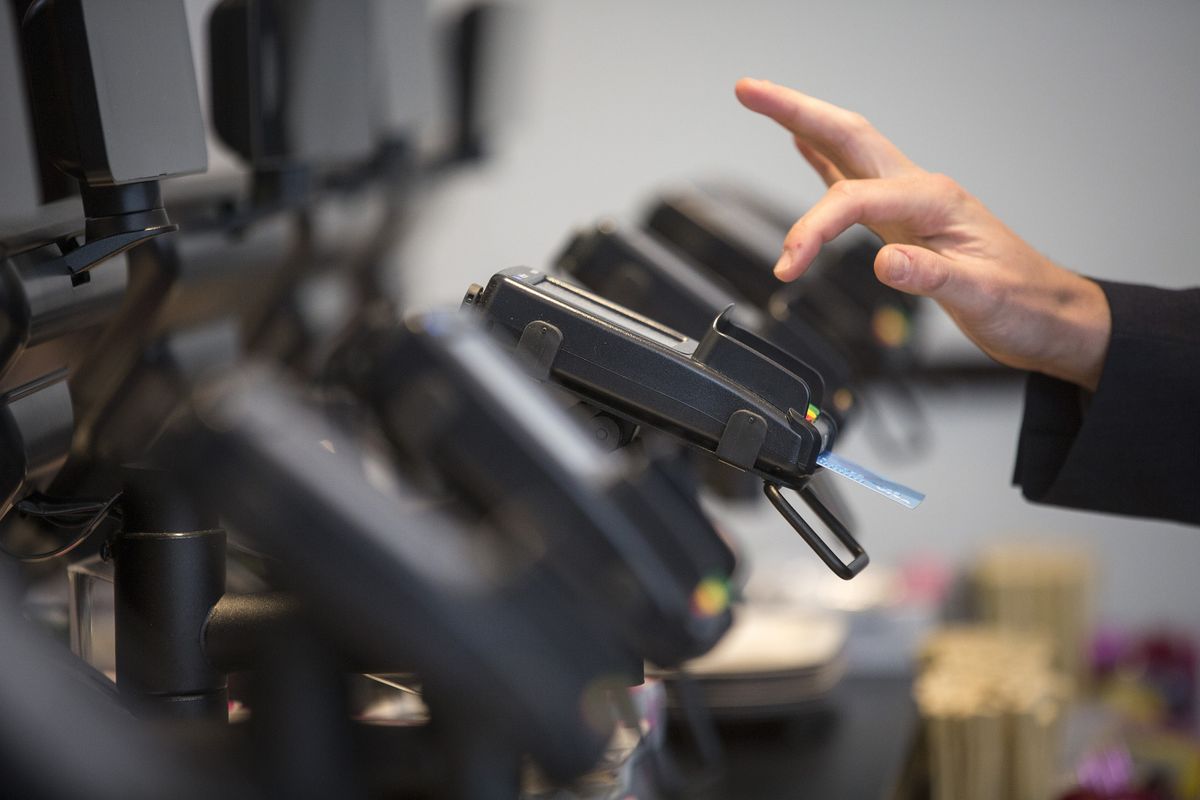 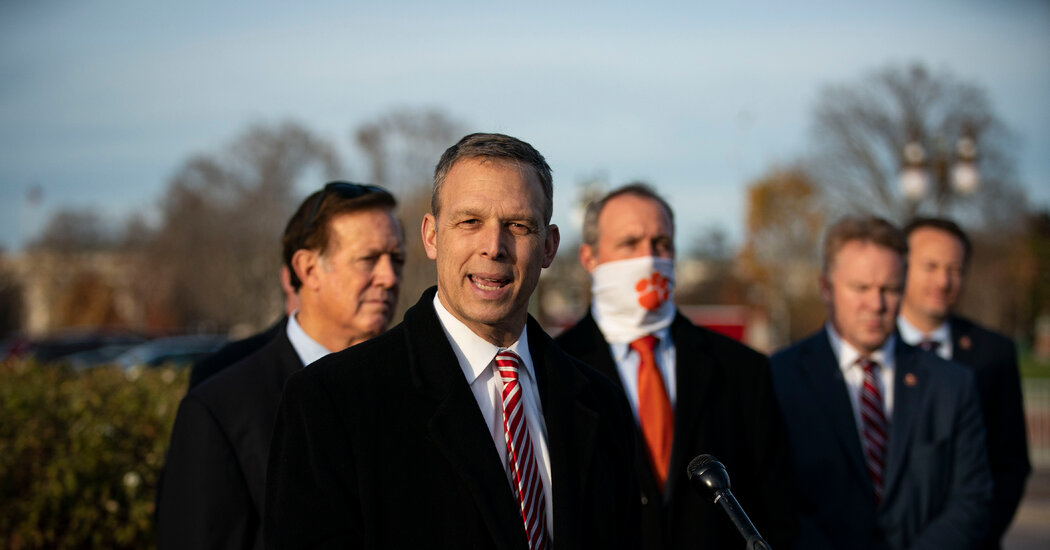 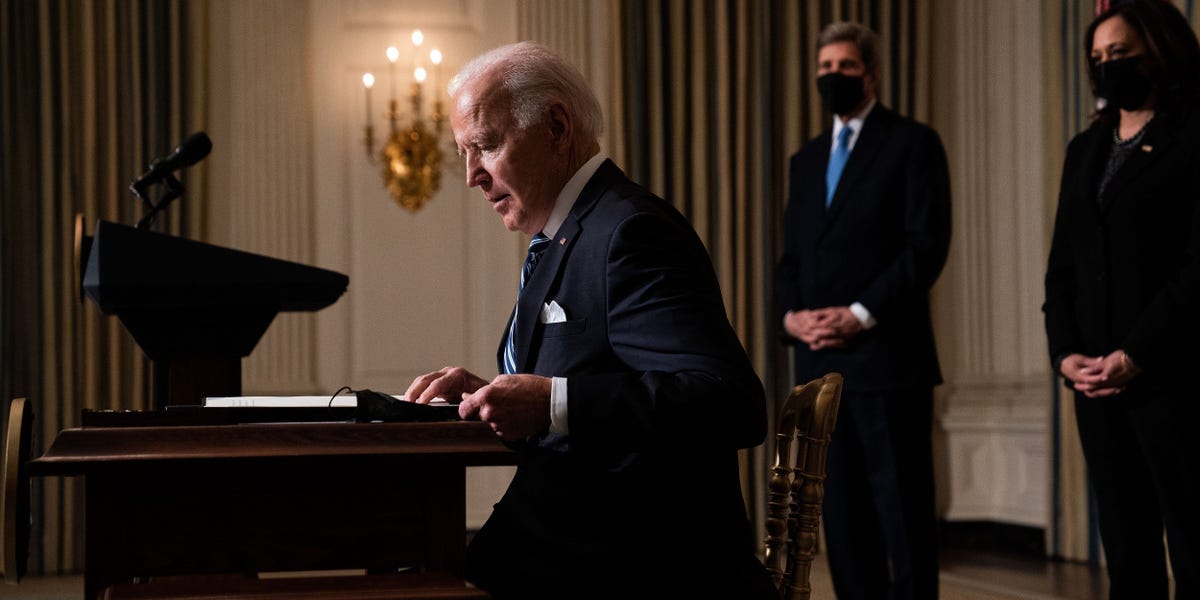