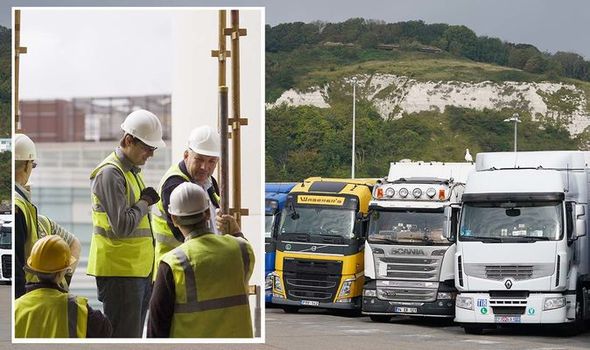 Just one in 10 British adults aged 18-65 holds a level 4-5 technical qualification, compared to 20 percent of workers in Germany and 34 percent in Canada. The report from the Lifelong Education Commission highlighting skill shortages in the UK comes as a lack of HGV drivers is blamed for chaos at petrol stations and disruption to supply chains.

In a clear signal that employers are struggling to find the staff they need, the number of job vacancies passed one million for the first time on record in the three months to August.

However, there are fears the end of the furlough scheme could lead to a spike in unemployment and that the removal this Wednesday of the £20 weekly boost to universal credit, introduced during the pandemic, will push families into poverty.

Worry about skills shortages is so high that justice secretary Dominic Raab has suggested vacancies could be filled by prisoners on day release or those who have just finished their sentences.

He said: “At Timpson’s that is exactly what we do and have been doing for years… Where government policy allows, we’re happy to take people on day release from prison to put that training into practice in our shops…

“What we find is the people recruited in this way turn out to be amongst our most dedicated and conscientious colleagues.”

The commission’s report, produced by the ResPublica think tank, says many people who are going to university “could be better off” gaining technical qualifications for roles where there are shortages of skills.

Researchers found only four percent of young people achieve a qualification at a higher technical level by the age of 25 compared to the 33 percent who get a degree or above.

A key concern is that the Government will struggle to “level up” the country unless it makes it easier for adults to gain new skills.

The report warns that part-time study in higher education has dropped by 54 percent over the past decade and the number of adult learners in further education has “fallen by more than half since 2005”.

Meanwhile, the Joseph Rowntree Foundation has sounded the alarm about the impact on family incomes of the ending of the £20 uplift to Universal Credit.

It warns this will “reduce the incomes of around 5.5 million families by £1,040 per year” and “pull half a million people into poverty, including 200,000 children”.

He said: “Boris Johnson has the chance to do for education what the NHS did for health, that is to universalise education and make it no longer just the privilege of the wealthy and the domain of the middle class…

“The Conservatives can give a second chance to those failed by the system and crucially address the productivity gap that is driven almost everywhere by a lack of skills and access to training.”

Ashfield Conservative MP Lee Anderson encouraged people who are on the dole to volunteer with charities in order to gain new skills and grow in confidence.

He said: “With a million vacancies in the UK, now is a good time to be looking for a job… If you are dependent on benefits, then there’s lots of work you can do locally to help your local community…

“The voluntary sector is a good place to start. It up-skills them, it makes them feel better about themselves, it gives them confidence, and it could lead to full-time paid work…

“There’s not really an excuse for anybody not to do a little bit of work each week ‑ no excuse at all.”