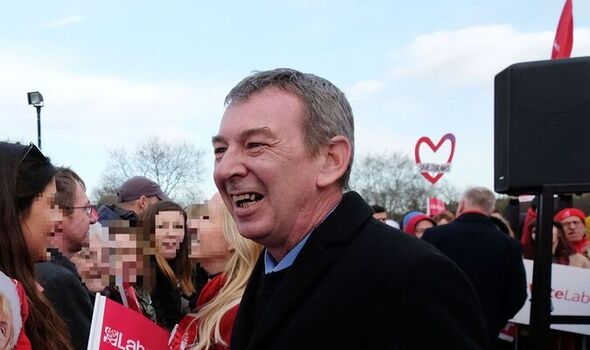 Mike Hill, who represented Hartlepool, has also been told he must get training regarding sexual harassment in the workplace. An employment tribunal in March last year found that an employee, who cannot be identified, was repeatedly subjected to inappropriate behaviour by Hill.

It also found Hill, 59, victimised the woman, known only as Ms A, when she turned down his advances.

The tribunal in London has now decided Hill must pay the woman, who said she feels “humiliated, defeated and worthless”, £434,435.

In her judgement, employment judge Natasha Joffe said the woman was sacked by Hill in September 2019.

She said: “The claimant was abused by the respondent. He grossly abused her trust.

“The timescale was prolonged. The events of the claim were, for the claimant, two years of increasing desperation. Some of the acts of discrimination were serious sexual assaults.

“The effects of the discrimination were devastating in relation to the claimant’s economic, social and mental wellbeing.

“After the claimant rejected his advances, he behaved in a way which was retaliatory and vindictive and which showed a wholesale disregard for her welfare.”

Claims heard at the employment tribunal included a phone call in which Hill told the woman he loved her.

It was also claimed that Hill, between December 2017 and January 2018 was “rubbing his erection against her”, “wrapping his arms around her” and “attempting to fondle her breasts”.

A report by the Parliamentary Independent Complaints and Grievance Scheme in March 2021 also found Hill sexually harassed and assaulted the woman, the panel said.

In a witness statement given to the tribunal, Ms A said: “I fear that I will always suffer in some way because of what the Respondent did and that his actions will continue to impact my health, my financial circumstances, and ability to work and enjoy life.

“That was heart-breaking and devastating. I fear that my life will never be the same.

“In 2019, I felt I had fight in me and had the strength to pursue my case and go through the Tribunal process. In the two and half years since then, I’ve lost all hope and my belief that my life will improve is shattered.”

The woman also said she would have stayed working for Hill until she could retire at 67.

Hill, who resigned shortly before the tribunal in March 2021, disputed this and said it is likely he would have lost his seat at the 2024 general election anyway.

Employment judge Joffe said: “The claimant’s ‘redundancy’ happened at the point it did because the claimant had rejected the respondent’s sexual advances.”

The tribunal panel accepted Ms A’s salary was “relatively high” and Hill would have reviewed his staffing over time but there was a “negligible chance” he would have done so before the 2019 general election.

Ms Joffe said: “Our best estimate was that there was a 25% chance of the claimant remaining in her post between the 2019 election and May 2024.”

In a document handed down by the panel, the total compensation was broken down to show the woman had been awarded money for past and future loss of earnings, the cost of her medical treatment and her retraining.