What to Know About the Major Mississippi Supreme Court Abortion Case

Yesterday marked an enormous day for the future of women’s reproductive rights and bodily autonomy in the United States. After an alarming abortion ban was passed in Texas earlier in the fall that forbids abortions after the six week mark (making the time frame for pregnant patients to get one less than two), the Supreme Court is now hearing a similar law proposed by Mississippi that plans to aggressively restrict abortion access in the state.

The ruling of the court will very likely challenge the future of Roe v. Wade—there’s potential that the 1973 landmark ruling can be overturned in some states if SCOTUS favors Mississippi in the trial, which is incredibly scary to think about, to put it gently.

As the oral arguments from both sides continue today, here’s everything you need to know about the court proceedings, what the laws and challenge is, and what could happen to abortion rights in the United States.

Real quick, can you go over the basics of Roe v. Wade so I understand what exactly is being threatened?

Gladly. Roe v. Wade was the constitutional law passed in 1973 that banned states from prohibiting abortion procedures before a fetus was deemed viable, which the law determined was around 23 or 24 weeks. The essence of Roe v. Wade boils down to this: Anyone who is pregnant is given the opportunity to decide for themselves if they’d like to continue with the pregnancy before it reaches viability. (FYI, “viable” just means how old a fetus is before it can live outside the womb, which is about 24 weeks.)

Despite the law already giving clarity on what viability is, there has been an ongoing, decades-long bioethics debate on what exactly makes a pregnancy “viable,” and some states—particularly those that have a conservative majority—push this notion to create a gray area. 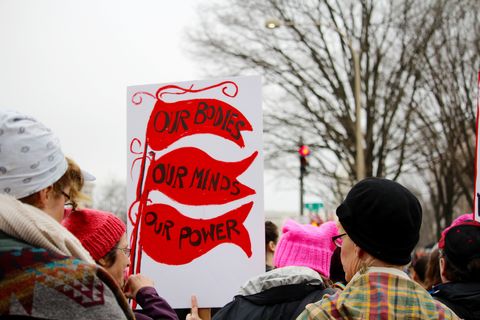 So what law from Mississippi is being argued to the Supreme Court this week?

The “Gestational Age Act” that was signed in March 2018 by Mississippi Governor Phil Bryant is what’s on the table right now. This bill was intended to prohibit all abortions in the state once a pregnancy was beyond 15 weeks. Before this, Mississippi allowed abortions to take place until a pregnancy reached 20 weeks, which was an outlier compared to the 24-weeks limit most other states allowed. Governor Bryant said he was “saving the unborn” by signing the bill into law. This new proposed bill from Mississippi, at the time, did make special cases and exceptions for “a medical emergency, or in the case of a severe fetal abnormality,” yet it didn’t make any allowances for instances of pregnancies that resulted from a rape or incest.

Jackson Women’s Health Organization, the only abortion clinic in the entire state of Mississippi, quickly challenged the bill and sued the state in conjuction with the Center for Reproductive Rights (the organization currently arguing to the Supreme Court). The suit went to the United States District Court for Mississippi’s Southern District, which resulted in a federal judge pausing the bill from being passed. Several months later in November 2018, another judge officially shut the bill down and even called the state’s “professed interest in ‘women’s health’ … pure gaslighting.”

But, by June 2020, the state of Mississippi fired back by sending an appeal to the Supreme Court for the Gestational Age Act to be reviewed by the top court. Nearly a year later in May 2021, the Supreme Court agreed to hear the state out. And that brings us to what’s happening this week.

Okay, so what exactly is happening in the Supreme Court trial?

Oral arguments began yesterday for the case, which is Dobbs v. Jackson Women’s Health Organization (Thomas Dobbs is Mississippi’s health officer and is named as the case’s petitioner). Basically, Mississippi wants to uphold its ban from the bill that was passed in 2018, and then some. According to the brief, Mississippi wants to be able to “prohibit elective abortions before viability if it does not impose a substantial obstacle to ‘a significant number of women’ seeking abortions.” In short, the state wants the Supreme Court to overrule Roe v. Wade, as well as the 1992 Supreme Court decision from Planned Parenthood v. Casey that says “a State may not prohibit any woman from making the ultimate decision to terminate her pregnancy before viability.”

Could SCOTUS actually rule against Roe v. Wade in this case?

The terrifying reality is that yes, that is a possibility, especially since the makeup of the justices has drastically changed. Six of the nine Supreme Court justices are conservative, three of which were appointed by former President Donald Trump, and they tend to have ruthless perspectives when it comes to abortion rights. 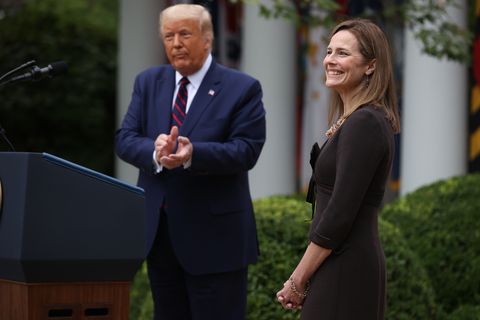 Some believe that because the case was held for a year by the Supreme Court, it will likely rule in favor of Mississippi, since making the same decision as the lower courts wouldn’t make as much sense so far along. Plus, the Supreme Court has overturned many of its own rulings in the past, so it’s unfortunately not farfetched.

If this happens, what will happen to abortion rights in the United States?

If the Supreme Court rules in favor of Mississippi, basically there are several other states that would immediately be able to follow suit by possibly outlawing abortion completely or placing super strict abortion laws on its residents. These are called “trigger laws”—Arkansas, Idaho, Kentucky, Louisiana, Mississippi, Missouri, North Dakota, South Dakota, Tennessee, Utah, and Texas have these laws in place, according to Guttmacher Institute.

That said, there are 15 states plus the District of Columbia that do protect abortion rights even if Roe v. Wade is overturned. The final decision may leave a lot of wiggle room for states to determine their own legislation around abortion and no longer have Roe v. Wade be the ruler of the land.

What can I do to help?

While we wait on the Supreme Court’s decision, there are reproductive rights organizations fighting against forced pregnancies that could use your financial support. Here are a few standouts: