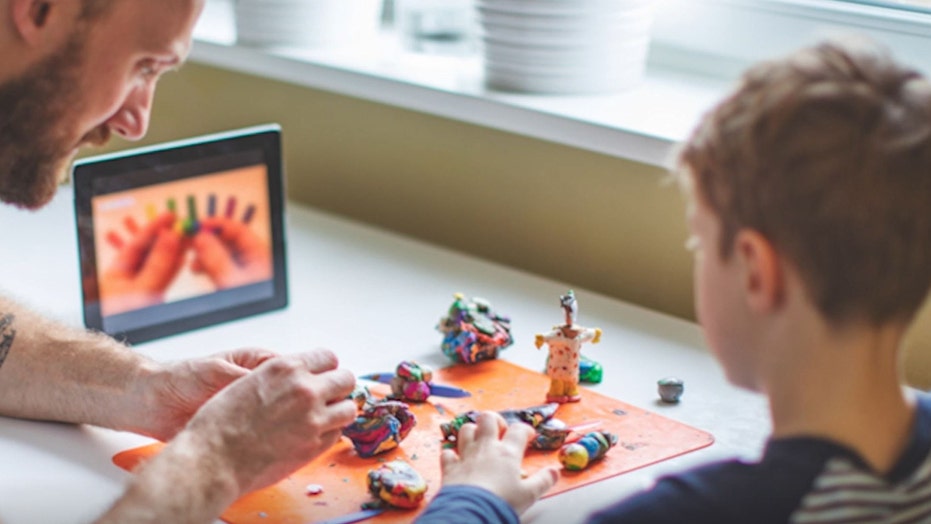 How the coronavirus is affecting kids on the autism spectrum

Psychologist Dr. Jan Charone-Sossin discusses how the coronavirus has affected special needs kids and shares tips for parents on how to homeschool them.

Xavier DeGroat, a Michigan college student, just completed a landmark internship at the White House, adding to an already impressive list of accomplishments for someone who was once counted out because of his disability.

DeGroat, a dedicated autism advocate, interned for President Trump for the last three months in perhaps his boldest effort yet to break down barriers for people on the spectrum.

He believes he's the first documented White House intern with autism based on archival research conducted with the White House Historical Association and the Library of Congress.

"It means a lot that I interned at the White House and became the first autistic White House intern," DeGroat, 30, told Fox News in an interview.

"I've always kind of thought of doing that so I can inspire other people to not let their disability stop them from going after high-profile or high-up things and dreams will come true." 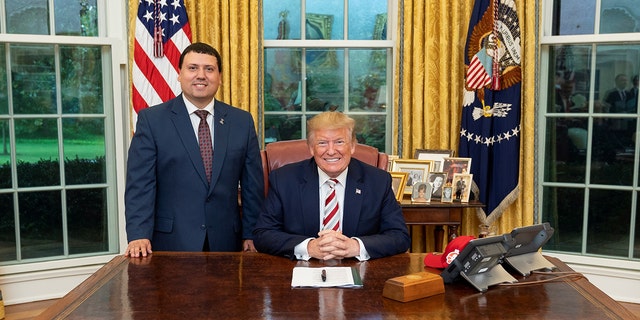 Xavier DeGroat, a Michigan student, is perhaps the first known White House intern with autism. DeGroat is an advocate for people with autism and long before his internship he had a knack for getting meetings with famous people.
(Courtesy of Xavier DeGroat)

DeGroat is a student at Northwood University interested in politics and communications. He started the Lansing-based Xavier DeGroat Autism Foundation in 2018 to help others with autism overcome obstacles.

He arrived at the White House in September with a track record of passing laws and an uncanny knack for getting photographs with famous people, including the Dalai Lama, former President Barack Obama and the late Rep. John Lewis.

DeGroat said he worked in the presidential correspondence office responding to letters people wrote to Trump. He didn't have regular contact with the president, aside from meeting with Trump along with other interns before a Marine One departure from the White House lawn.

But a year prior to his internship, DeGroat had a sit-down with Trump in the Oval Office.

That meeting was made possible by Rudy Giuliani, Trump's personal lawyer who has built up a friendship with DeGroat in recent years after meeting him at an autism advocacy event. Guiliani told Fox News he considers DeGroat "my hero."

During that 30-minute Oval Office meeting in August of 2019, DeGroat said he talked to Trump about the difficulties for people with autism and how he was working on changes in state and federal laws to improve interactions between law enforcement and people on the spectrum. Trump was impressed.

"He really liked him [DeGroat]," Guiliani recalled of the White House meeting. "He actually said in the middle of the conversation, 'If you hadn't told me, I wouldn't have known that you were autistic.'"

DeGroat's autism displays itself with trouble coping with changes, sensory sensitivities, anxiety and compulsiveness, DeGroat and others say. When he tries to call powerful people to set up a meeting, for example, he can call constantly. Staff who are unaware of his autism may take the repeated phone calls as alarming, and at times DeGroat's allies have had to intervene to explain his persistence.

Guiliani recalled how DeGroat responded to Trump: "He teased and said, 'If I started calling you up, you would know I was autistic. I would just call you all the time.'" 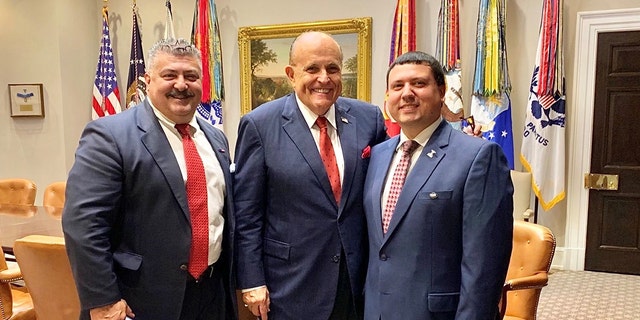 At first, Guiliani said he had to lecture his own staff about having patience with DeGroat. "The real question is not how much money do you give to these causes, but how much do you really care about people?" Guilliani said.

In the few years that Guiliani has known DeGroat, the former New York City mayor said his compulsive behavior has improved, allowing DeGroat's high intellect to shine through.

"I think he's been good for the president and good for the White House," Guiliani said. "A lot of people have no exposure to people with autism. Or they don't even realize they're having it. And once they do, they almost always come away with a very different view of it, and a much more understanding view of it."

The White House declined to comment for this article.

Now that DeGroat has had a taste of the White House, he says he's found his calling. He wants to advise presidents on autism in the same way that the legendary evangelical Christian leader Billy Graham provided spiritual counsel to many presidents.

"The White House, at this point, is going to be my permanent institution that I work with to make differences for people on a spectrum," DeGroat told Fox News. "I know this sounds interesting or weird, but have you ever heard of Billy Graham? I want to be considered the evangelist for autism to all presidents in the future."

DeGroat brought to the White House a persistence to help others with autism that recently paid off with a major legislative achievement in Lansing, Mich.

Michigan Gov. Gretchen Whitmer signed into law in June bipartisan legislation that DeGroat had sought to allow state driver’s licenses and license plates to indicate to law enforcement that an individual has autism or a communication impediment.

The new designation — embedded within data stored on the ID card — should alert police that when they pull over someone with autism the sensory overload of the lights and sirens may have tipped off a meltdown situation that could be misunderstood by an approaching officer. People with autism can also have trouble communicating and can be very sensitive to physical touch, which may cause them to react in a way an officer could perceive as threatening.

Now, DeGroat is hoping that the Transportation Security Administration will also recognize state ID cards that indicate someone has a communication impediment. The sounds, stress and touch associated with airline security can cause freak-out episodes for some people with autism, DeGroat said.  Much like how someone with a wheelchair may get priority in a TSA screening, DeGroat hopes someone with autism can bypass the line, too. 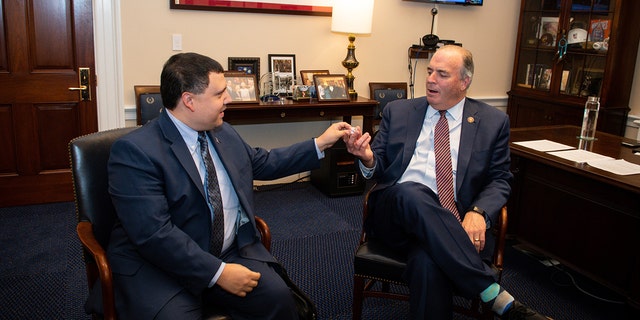 Xavier DeGroat, a Northwood University student, also interned for Rep. Dan Kildee, D-Mich., in 2016. Now they are working together to make TSA screenings at airports better for people with autism.
(Courtesy Xavier DeGroat)

He's found powerful allies in Reps. Dan Kildee, D-Mich., and Michael Burgess, R-Texas, who led a bipartisan letter to the TSA on Dec. 14 to ensure agents can recognize and respond to these new state ID designations. They hope TSA can address the issue internally without new legislation.

"This is all because of Xavier," Kildee told Fox News of the bipartisan effort. "He's done this. You know, he's just this remarkable force of nature."

The Flint congressman credits DeGroat for his perseverance to transform a difficult form of a disability into a strength. DeGroat interned for Kildee in 2016, an experience that fostered understanding about autism to others on Capitol Hill. 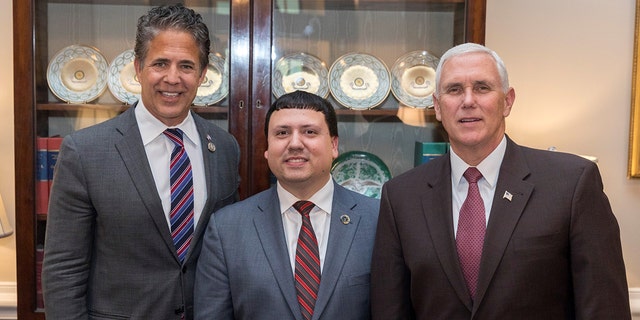 Xavier DeGroat previously had a meeting with Vice President Mike Pence, through the help of former Rep. Mike Bishop, R-Mich., to talk about autism awareness. Pence tweeted about the April 2018 meeting afterward, saying "Xavier is a courageous advocate for autism awareness and all Americans with disabilities. Great job Xavier!"
(Courtesy Xavier DeGroat)

As for DeGroat's desire to be a Billy Graham-like adviser to presidents, Kildee didn't seem shocked.

"If anyone could do that, Xavier could," Kildee said. "I've come to the point with him where I don't count him out for anything he puts his mind to.

"For people to be able to deal with Xavier, you got to kind of get to know him. If you don't know him, it can be difficult. If you get to know him, he's just got a lot of value and he's got a great spirit about him."

Famous photos with a purpose

DeGroat's advocacy has led to speaking engagements and meetings with powerful people to offer a real-life perspective on the injustices he sees in the world for those with autism.

Beyond just a photo opportunity, DeGroat takes his few minutes with influential people as a chance to connect on autism. When he met the Dalai Lama during his trip to Washington in 2016, they spoke about how meditation can help control the anxiety experienced with autism.

When he met this year with Health and Human Services Secretary Alex Azar, DeGroat said he talked about how the coronavirus pandemic has been particularly tough for people on the spectrum with so much disorder in their lives.

During his aside in 2016 with President Obama in Flint, DeGroat explained how employer-provided insurance is elusive for people with autism since they have trouble finding work. He urged Obama to allow children with autism to stay on their parents' health insurance beyond the age of 26.

He's hoping to achieve that fix to the Affordable Care Act during the incoming Biden administration.

"I will get bipartisan support with Majority Leader Mitch McConnell's team and Biden and find a way to work this between the private sector and a federal regulatory sector of getting this health care law changed," DeGroat said. 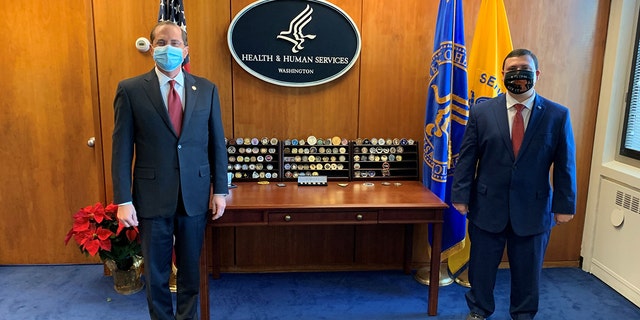 Xavier DeGroat, a 30-year-old autism advocate, met with Health and Human Services Secretary Alex Azar in 2020 to talk about the stress the coronavirus pandemic is having on people with autism.
(Courtesy Xavier DeGroat)

In the meantime, DeGroat is looking for a job and is interested in communications or constituent services. He's considering running as a Republican for Eaton County, Mich., commissioner in 2022.

Bullied as a child

DeGroat's uncanny success at connecting with famous people was born out of a need to prove himself to those who made fun of him.

Diagnosed with autism at age 4 and misunderstood for much of his childhood, DeGroat had a rough time in school. He was bullied and called names like "retard." His peers would egg him on to do things, like shooting rubber bands in class, that landed him in trouble. In high school, as he struggled to cope and had lots of anxiety, he found some respite at the library. 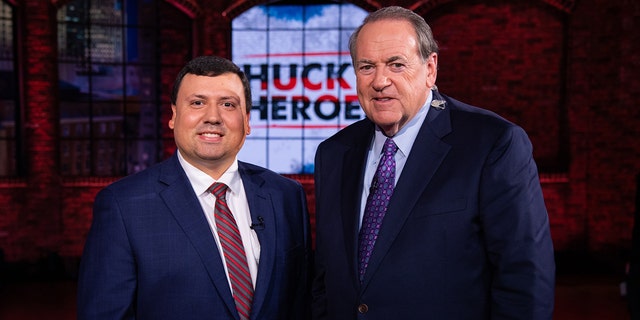 Xavier DeGroat, a Michigan student, with former Gov. Mike Huckabee. DeGroat was honored as a "hero" on Huckabee’s show in 2020.
(Courtesy Xavier DeGroat)

He started reading books about great historical figures, such as Dr. Martin Luther King Jr., Stephen Hawking, Gandhi, the Dalai Lama and Albert Einstein. He decided that he would redefine himself by trying to meet with influential people.

"I thought I could make up my own strength and background by meeting with leaders, so I can come back to the same people that had doubts about me in my early life and disprove them wrong for doing bad things to me when I was a kid," DeGroat said.

He started a foundation, built a long list of allies and did meet plenty of powerful people. And at some point, he didn't worry as much about what other people thought of him.

"I'm all good and happy with myself," DeGroat said.

And throughout the process, he's made a big impression on influential people who are endeared to DeGroat's transparency and earnest effort to make a difference. Mentorships, therapy and family support have given DeGroat a boost of confidence in himself that's lasted much longer than any photo-op.

"Now I feel equal to the rest of the world," he said.