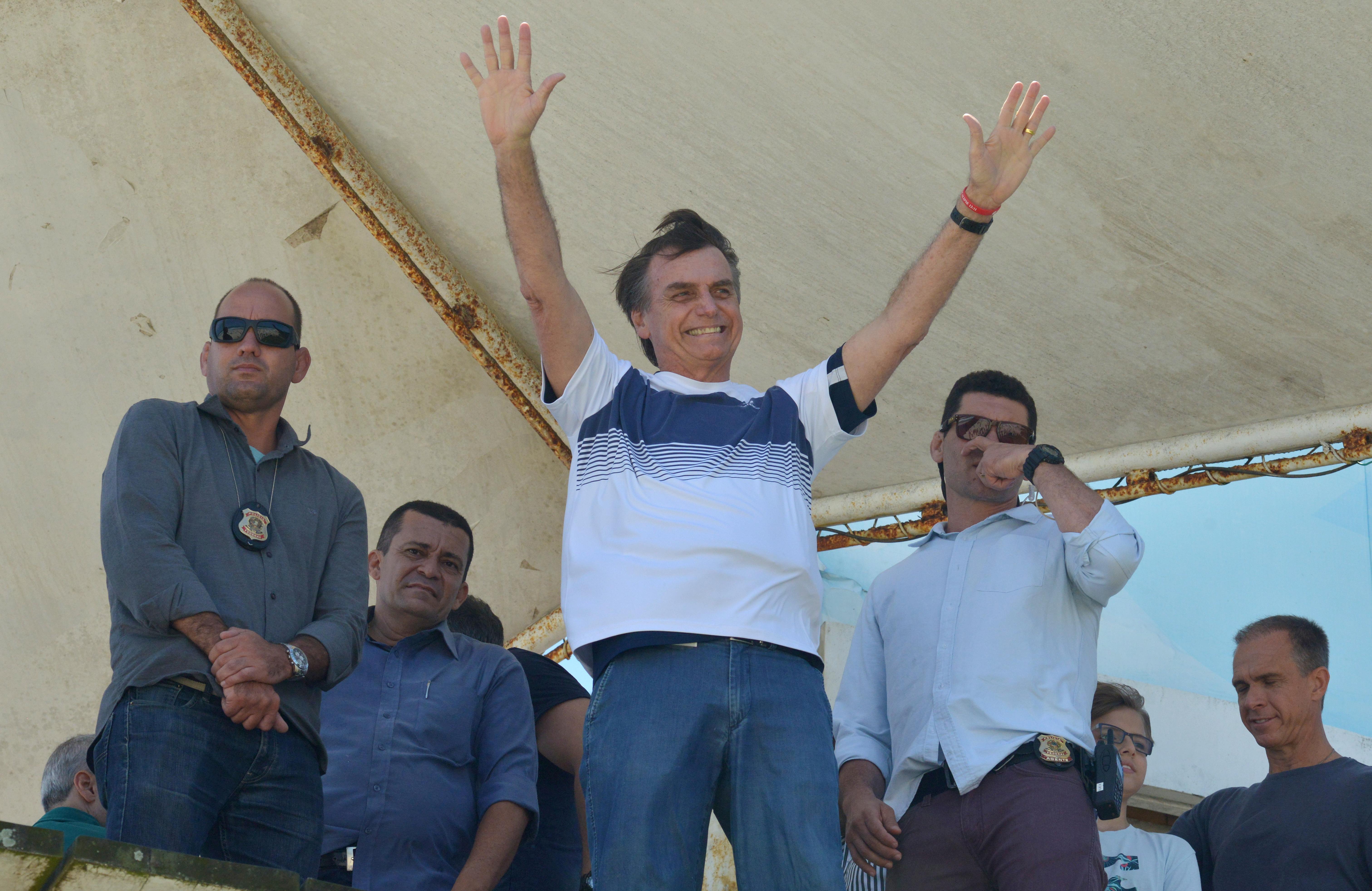 SAO PAULO (Reuters) – Brazil’s President-elect Jair Bolsonaro said on Thursday his future administration may keep the agriculture and the environment ministries separate, backtracking from a proposal to combine the two that had alarmed environmentalists.

“We had an idea to combine the ministries but it seems both will remain separate, with one person focusing on environment protection,” he said during an interview with Catholic TV stations.

“We intend to protect the environment without creating roadblocks to progress,” he said. Environment permits sometimes take as many as 10 years for certain infrastructure projects and that “cannot continue,” he added.

At a later news conference, Bolsonaro again said he might change his mind in relation to the proposed merger.

In the run-up to the election that Bolsonaro won last month, he pledged polices to roughly halve the number of ministries in an effort to reduce government bloat. Combining agriculture and environment would lessen bureaucracy for farmers, his aide said.

However, the plans were criticized by environmentalists, who feared that such a move would hurt protection for Brazil’s vast Amazon and other forests.

Brazil’s outgoing Agriculture Minister Blairo Maggi on Wednesday also criticized the plans, saying that the environment ministry’s portfolio includes areas that deal with energy, infrastructure and a wide variety of subjects that do not fit with the agriculture ministry’s mandate.

Current Environment Minister Edson Duarte said that he was surprised and concerned by the announcement of the plan to combine the two.

It is not the first apparent about-turn Bolsonaro has made on environmental issues. Just days before Sunday’s second-round vote, he backtracked on a former pledge to leave the Paris climate accord if elected.

JPMorgan plans to raise up to $10 billion for alternative investments: Bloomberg News