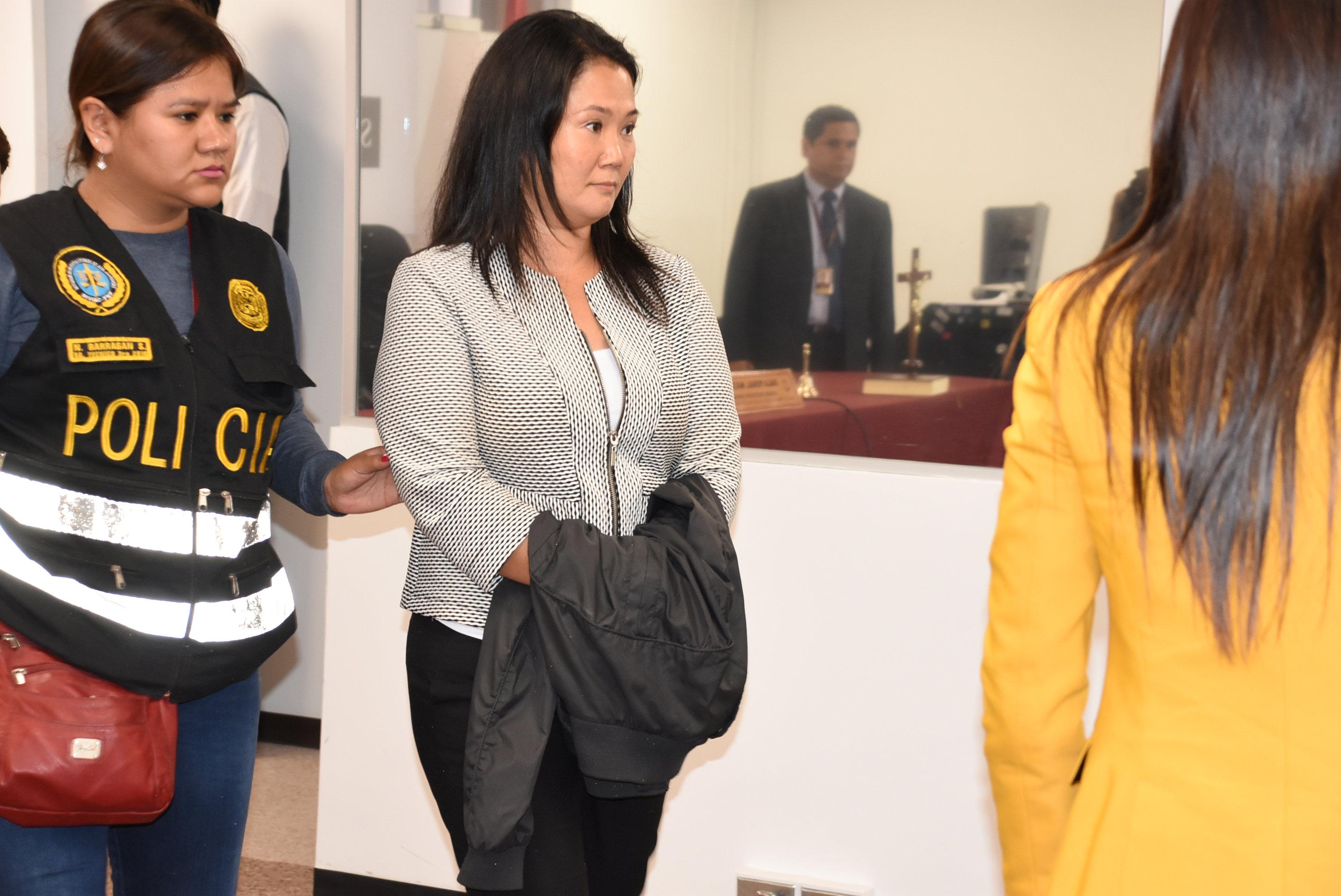 The arrest came a week after a judge revoked a pardon for Keiko’s father, a rightwing populist who ruled Peru with an iron fist from 1990-2000 and was later imprisoned for human rights crimes.

“This is called political persecution,” 43-year-old Keiko said in a hand-written letter posted on her Twitter account. “I’ve been detained without any legal grounds.”

Keiko has led her father’s conservative movement since he fled the country in 2000 before resigning the presidency by fax from his family’s homeland of Japan.

The arrest might give centrist President Martin Vizcarra a stronger hand in working with Congress, which is controlled by Keiko’s party Popular Force. But the fresh escalation in political tensions in one of Latin America’s most stable economies might also prompt counter-attacks by Keiko’s allies.

Prosecutors allege Keiko led a criminal group inside her party that took $1.2 million in illegal funds from Brazilian builder Odebrecht [ODBES.UL] for her 2011 presidential bid, according to the resolution authorizing her arrest. 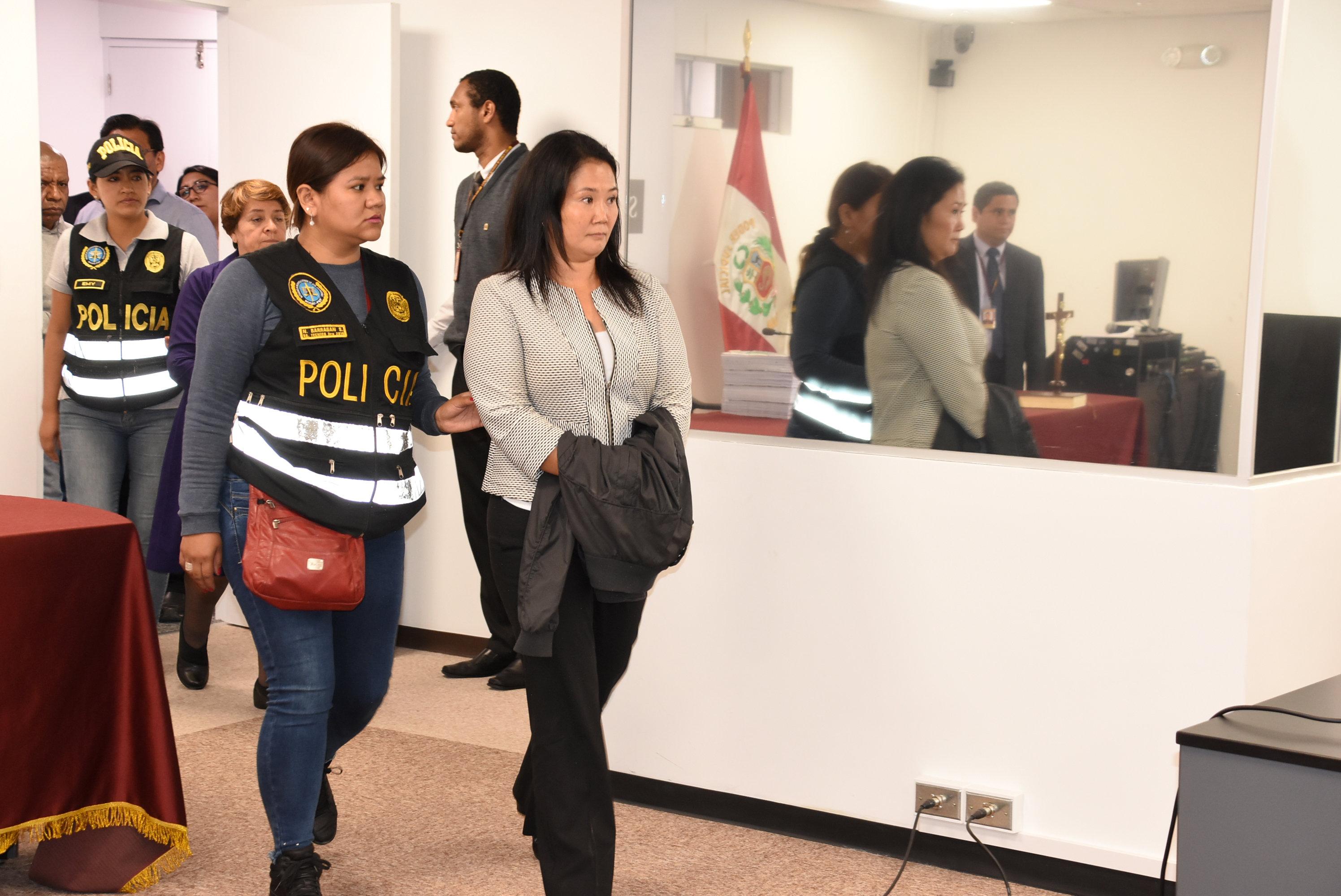 Keiko and her party have denied taking money from Odebrecht.

The company has been at the center of Latin America’s biggest graft scandal since acknowledging in a 2016 leniency deal that it bribed officials in a dozen countries, including Peru.

Brazil, where the scandal first erupted, has undergone similar bouts of political turmoil as Peru and on Sunday saw voter anger at graft sweep far-right presidential candidate Jair Bolsonaro to a second round race.

‘WHAT THE HELL IS HAPPENING?’

Keiko, who served as Peru’s ‘first lady’ at 19 after her parents divorced, was shown on TV on Wednesday in a car in handcuffs after being detained.

A Columbia Business School graduate, she ran for president twice but was narrowly defeated by left-leaning Ollanta Humala in 2011 and by former Wall Street banker Kuczynski in 2016. 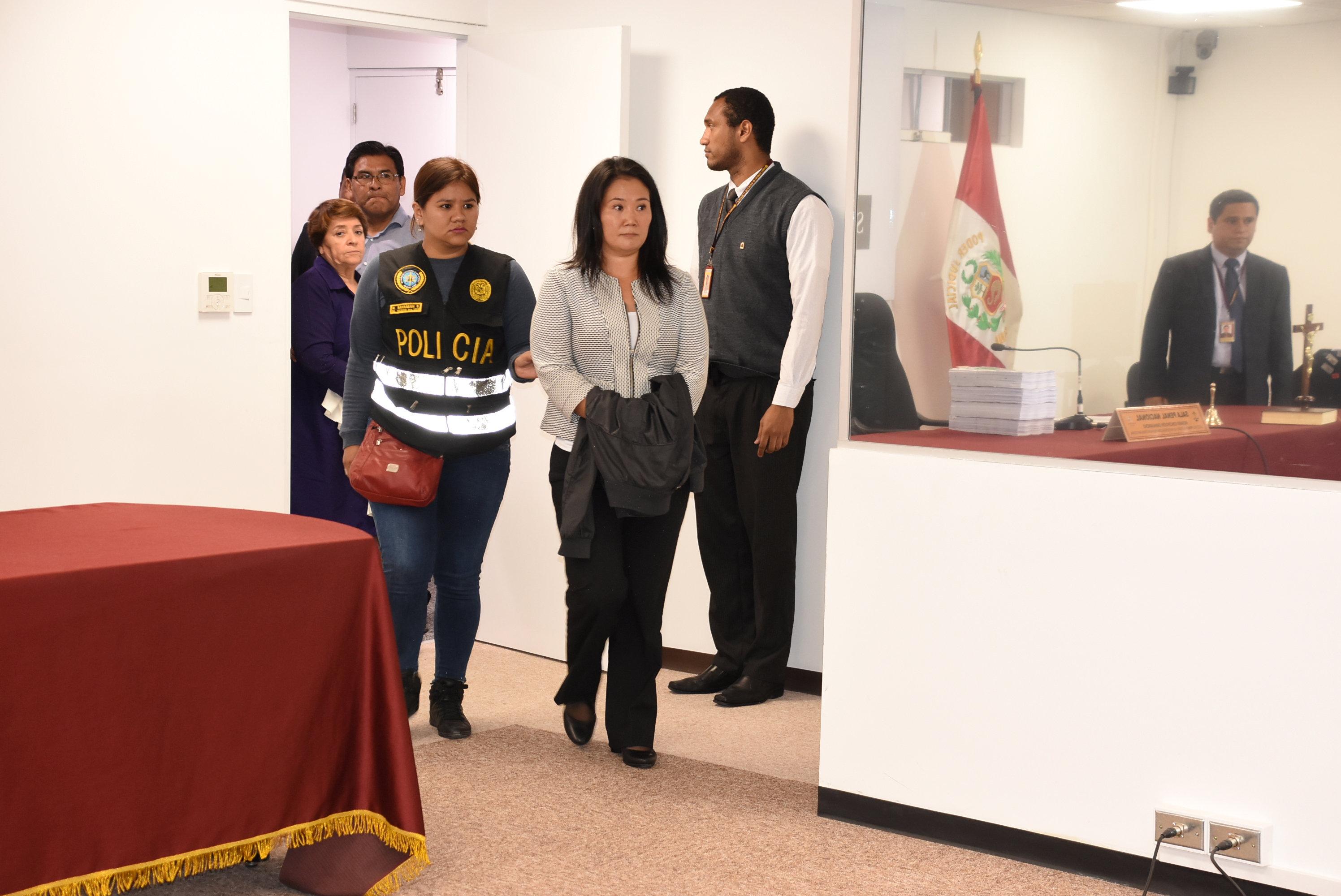 The arrest was requested by Jose Domingo, a prosecutor of money laundering cases who survived a recent shake-up in the prosecutors’ office. The office did not comment on the arrest.

Fujimori will be detained for 10 days, along with 19 others, including two former ministers in her father’s government, according to her lawyer, Giuliana Loza.

“The Fujimorista community has every right to raise its voice and say ‘what the hell is happening’?” said Popular Force lawmaker and spokesman Miguel Torres.

Dozens of Keiko’s supporters gathered outside the prosecutors’ office in a show of support, chanting “freedom for Fujimori.” However, there were no reports of large protests.

Alberto Fujimori was sentenced to 25 years in prison for commanding death squads that massacred civilians in a counterinsurgency campaign. He was later found guilty of graft.

His supporters view him as a misunderstood hero who ended years of economic crisis while quashing a leftist insurgency.

“They’re not going to stop our political movement,” Keiko said in her letter.