LIMA (Reuters) – Peru’s Fujimori family has been here before. 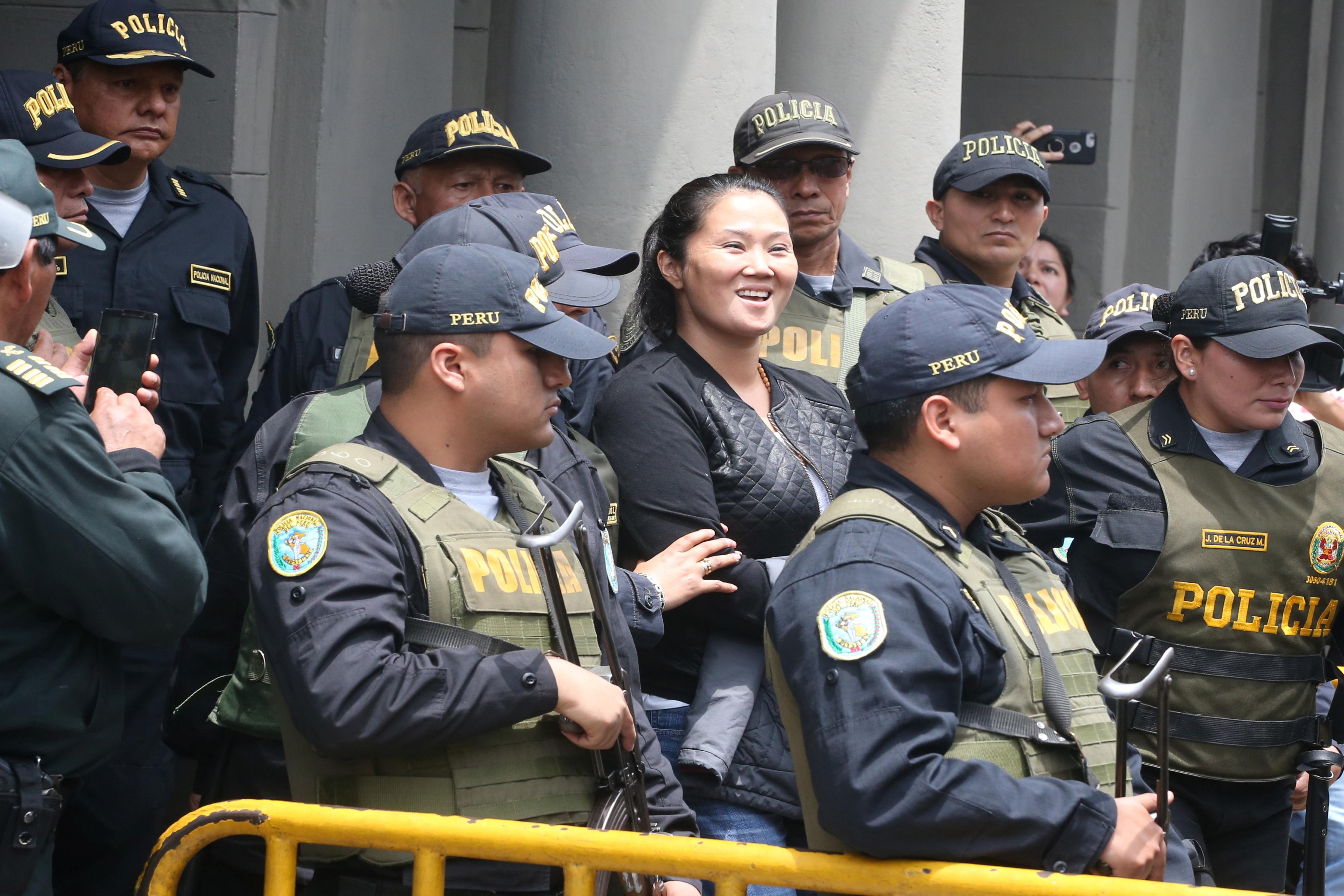 When Alberto Fujimori fled graft allegations and resigned Peru’s presidency by fax from Japan in 2000, many thought the family name and the right-wing populist brand he built during his decade in power were ruined.

But his daughter Keiko, a Columbia Business School graduate who once served as his first lady, soon stepped in.

As he languished in prison for human rights crimes after being extradited from Chile, Keiko Fujimori turned his divisive legacy into Peru’s best organized political party. She once tapped former New York City Mayor Rudy Giuliani as a campaign adviser, and twice nearly became president, in the 2011 and 2016 elections.

But this year the “New Fujimorism” movement that Keiko spent more than a decade carefully cultivating has itself sunk into scandal, putting one of Latin America’s best known political dynasties back on life support.

Peruvians have spent the past week watching Keiko trying to defend herself in court from allegations she used her 2011 presidential race to secure $1.2 million in kickbacks from Brazilian construction company Odebrecht.

Prosecutors have also sought to arrest 20 of her advisers and associates in the same money laundering probe.

This week a judge ordered Keiko, now 43, to spend up to three years in jail pending trial, crippling her once-powerful Popular Force party and depriving Peru’s largest conservative base of a viable leader. No one has been groomed to succeed her.

Keiko denies wrongdoing and has blamed her legal woes on “political persecution” that she has vowed to fight.

COMEBACK COULD BE TOUGH

“The difference is Alberto had something to show for it,” Melendez added. “Keiko has nothing.”

Alberto Fujimori’s supporters credit him with quashing a leftist insurgency and pulling Peru from economic ruin, while ignoring or denying the graft, authoritarianism, and extra-judicial killings by his government.

Keiko, however, is a one-term lawmaker whom critics say squandered a congressional majority on what they consider a personal vendetta against former president Pedro Pablo Kuczynski, who narrowly beat her in 2016 and resigned in March to avoid impeachment.

Many among Peru’s conservative elites have viewed the Fujimori family as the only political force popular enough to keep the hard left from reaching power in the world’s No.2 copper producer.

But less than three years from the next general elections in 2021, it is anyone’s guess who could lead a family revival.

Alberto Fujimori, now an ailing 80-year-old, has spent the past month in the hospital, where he has avoided being sent back to prison after a judged annulled a pardon he secured last year.

Keiko’s younger brother Kenji Fujimori, 38, a lawmaker who once talked of running for president, has withdrawn from politics since his sister’s party disowned him in March after it published embarrassing videos of him lobbying lawmakers to keep Kuczynski in power.

Her two other siblings, Sachi and Hiro, have shown no interest in politics.

Keiko might get out early on an appeal before 2021. But the bigger hurdle she will face in staging a comeback is changing the increasingly widespread view of her as corrupt and authoritarian, an image she inherited from her father that she spent years trying to shake. 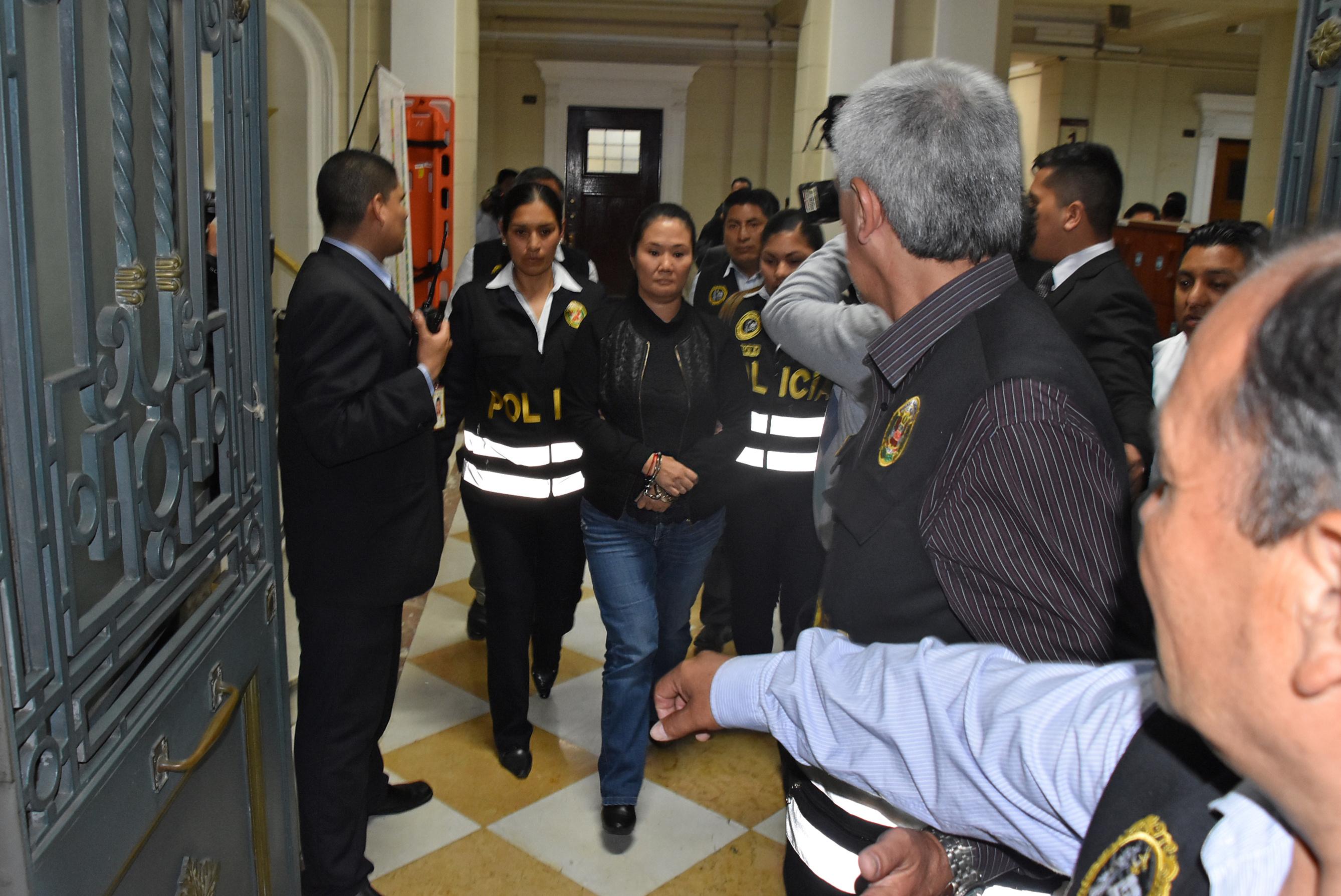 “Peru is tired of the Fujimoris,” said Modesto Guidiche, a 55-year-old doorman in Lima, who like many Peruvians has watched the family’s dramas unfold publicly for nearly three decades. “The daughter’s turned out to be just like the father.”

But Keiko’s supporters say she has been unfairly blamed for Peru’s recent political turmoil and, like her father once did, will continue to take part in politics from prison.

“She’s very strong. I’m telling you, this battle is just beginning,” Keiko’s American husband, Mark Vito, told journalists on Wednesday. “We might suffer as we have been suffering, but we’ll never give up.”